Here are 20 easy and delicious vegan Asian recipes that will turn a meat eater into a plant based food lover! 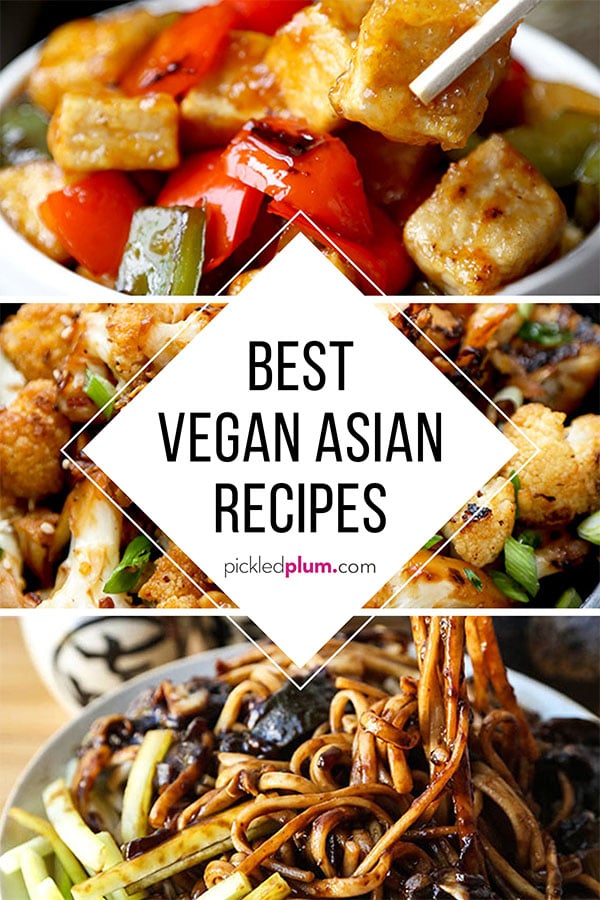 Vegan food used to get such a bad rep for being bland and boring, but that’s all in the past.

Nowadays the vegan movement has been growing by leaps and bound. So much so that many Asian restaurants across New York city have added a vegan section to their menu. And since I’ve been eating mostly plant based lately, I’ve amassed quite a collection of vegan Asian recipes myself!

Here are some of my favorite vegan Chinese, Japanese, Korean, and Thai dishes. Whether you are looking to serve a main dish or add a couple of sides to your meal, these vegan recipes are simple and easy enough for everyone to make. 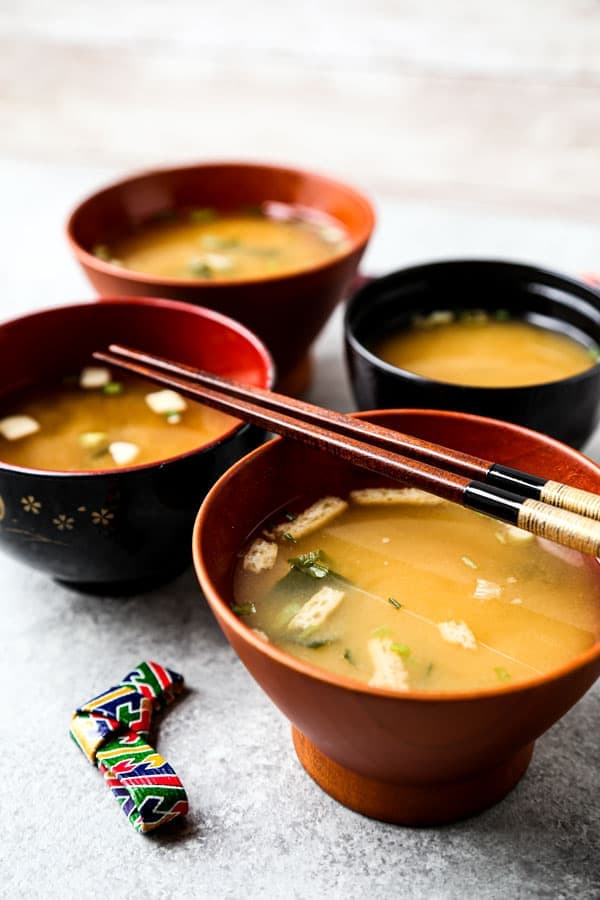 A classic Japanese vegetarian appetizer or side. And it only takes a few minutes to make. GET THE RECIPE 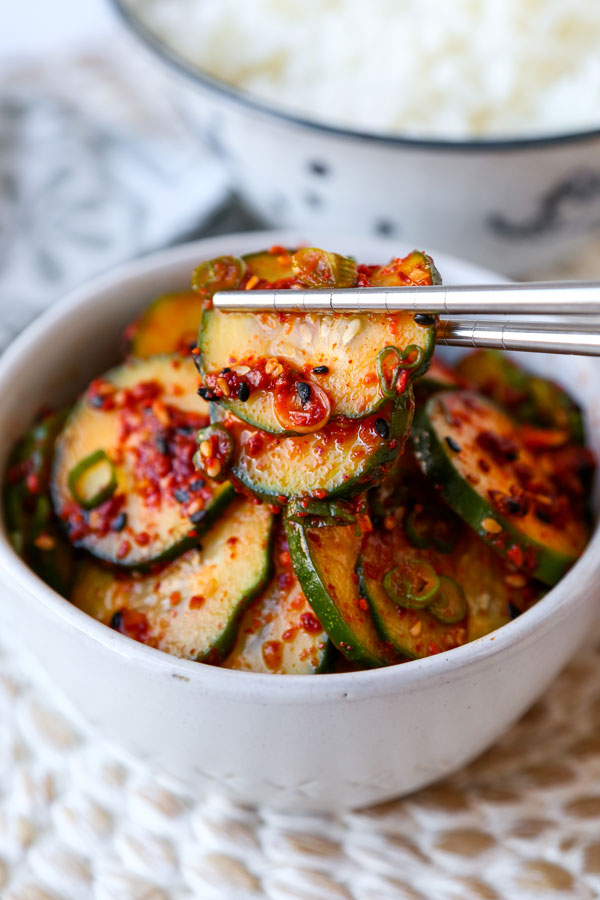 Spicy and smoky, this vegan Korean salad is often served as banchan (small dish served with rice). GET THE RECIPE 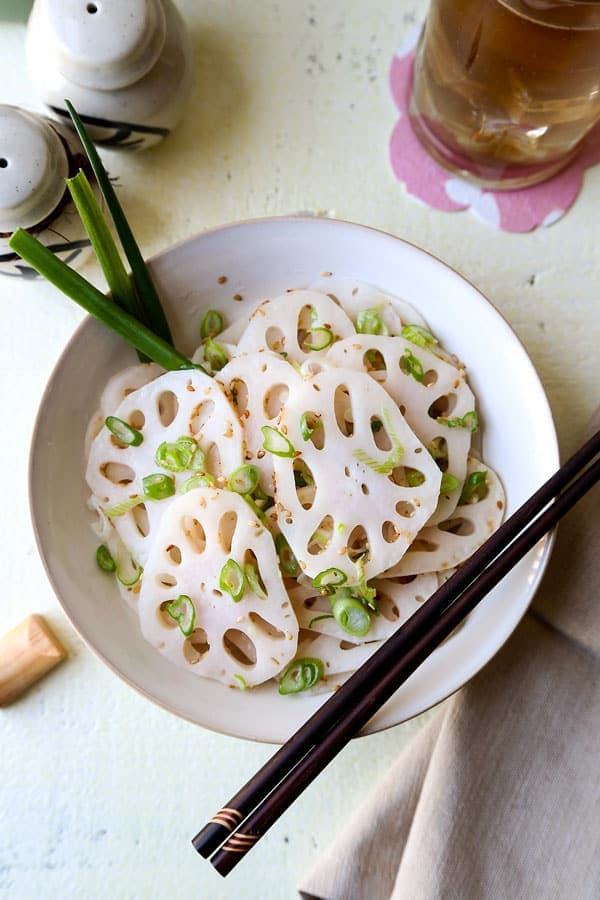 Dishes such as this lotus root salad is why I love vegan Chinese so much. It’s light, slightly sour and salty, with a satisfying crunch. GET THE RECIPE 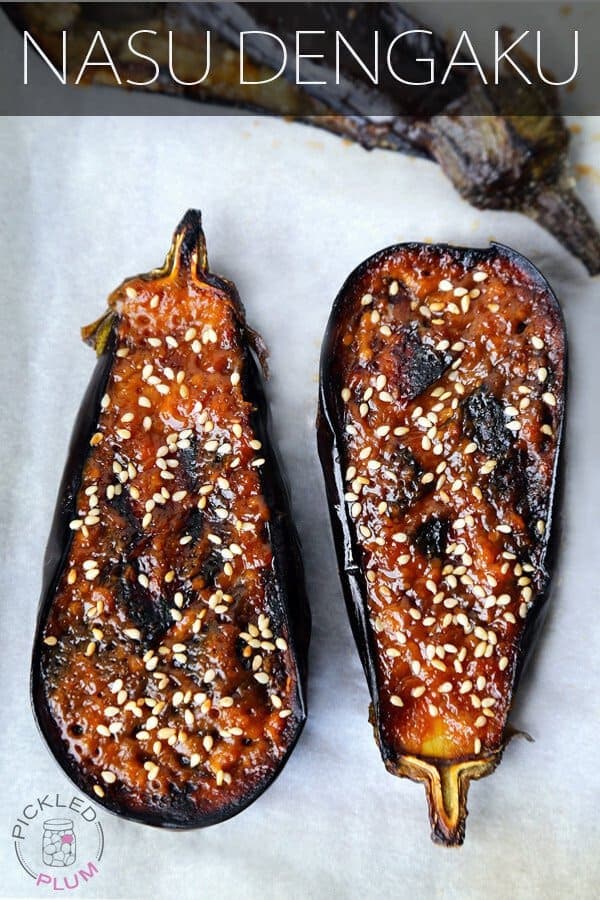 Another traditional Japanese dish, nasu dengaku are eggplant broiled until tender, and brushed with a sweet and salty miso glaze. It’s one of my favorite eggplant dishes of all time. GET THE RECIPE 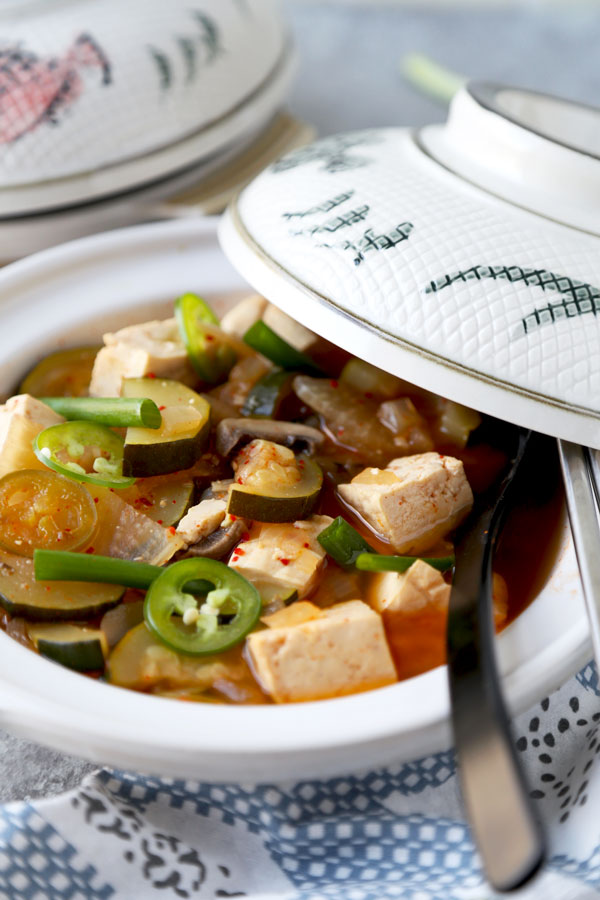 A light and spicy vegetarian Korean bean paste soup packed with vegetables and tofu. GET THE RECIPE 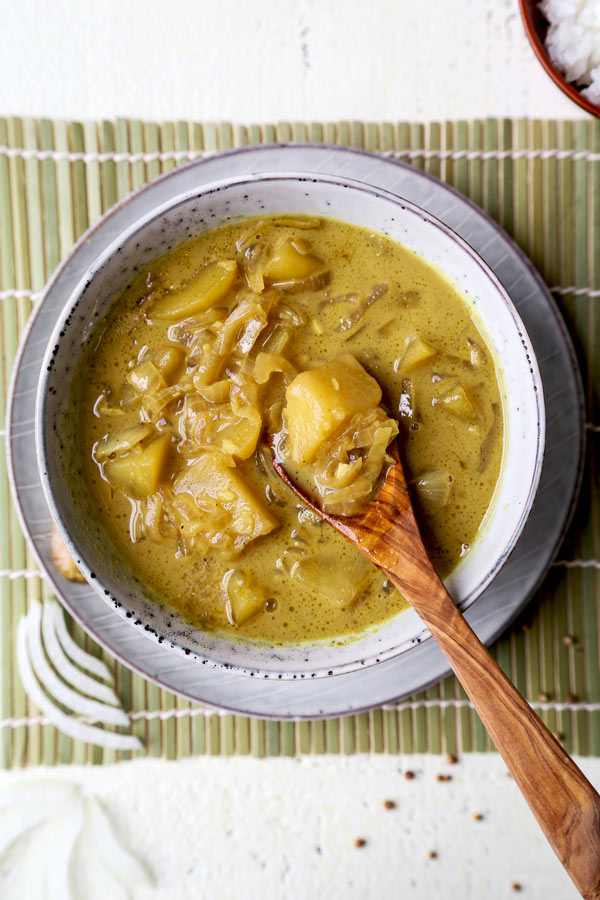 A creamy and silky vegan potato and onion curry infused with flavors of Thailand. Delicious. GET THE RECIPE

This sweet and sour dish is so delicious that your meat eating friends won’t believe it’s vegan! GET THE RECIPE 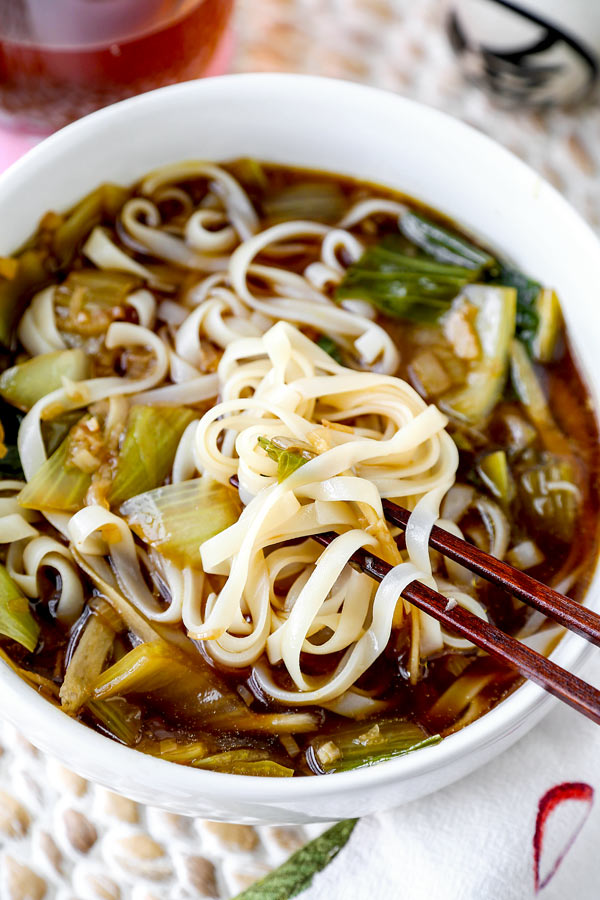 Lots of depth of flavor in this simple Chinese vegetarian baby bok choy soup. The addition of dried shiitake mushrooms infuse the broth with plenty of umami. You will love this! GET THE RECIPE 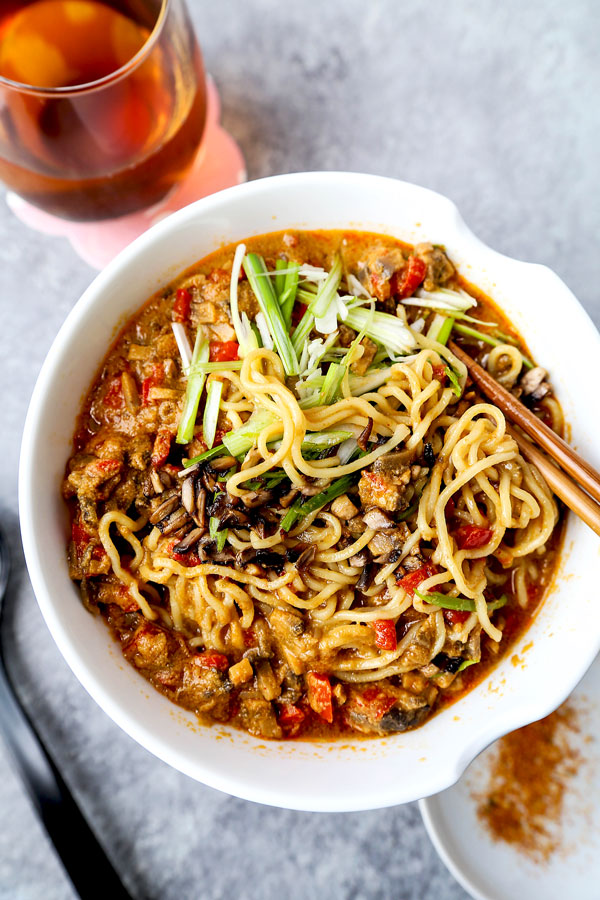 Vegan Japanese food like this bowl of tantanmen is what I crave when I want comfort food without the meat. GET THE RECIPE 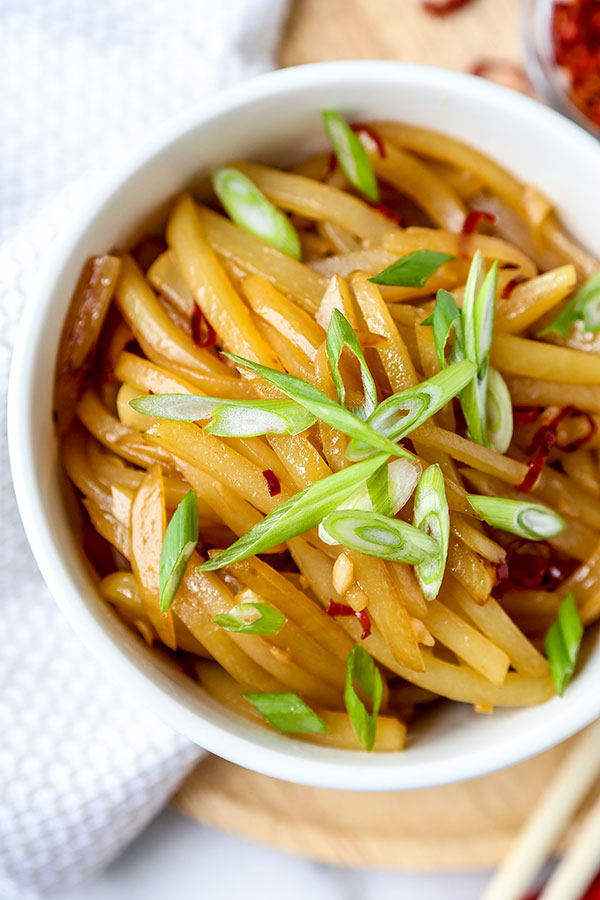 A classic vegan Chinese dish, these shredded potatoes are pan fried with dried chilis and vinegar for a smoky and sour taste. I personally find this dish addictive! GET THE RECIPE 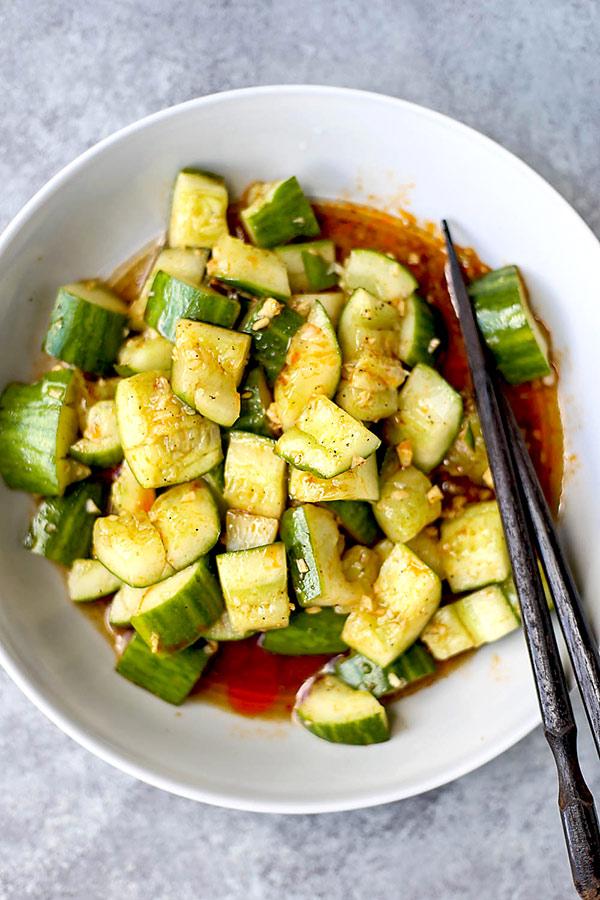 Smacked and chopped cucumber pieces are drenched in a mix of chili oil, soy sauce, rice vinegar, and garlic. GET THE RECIPE 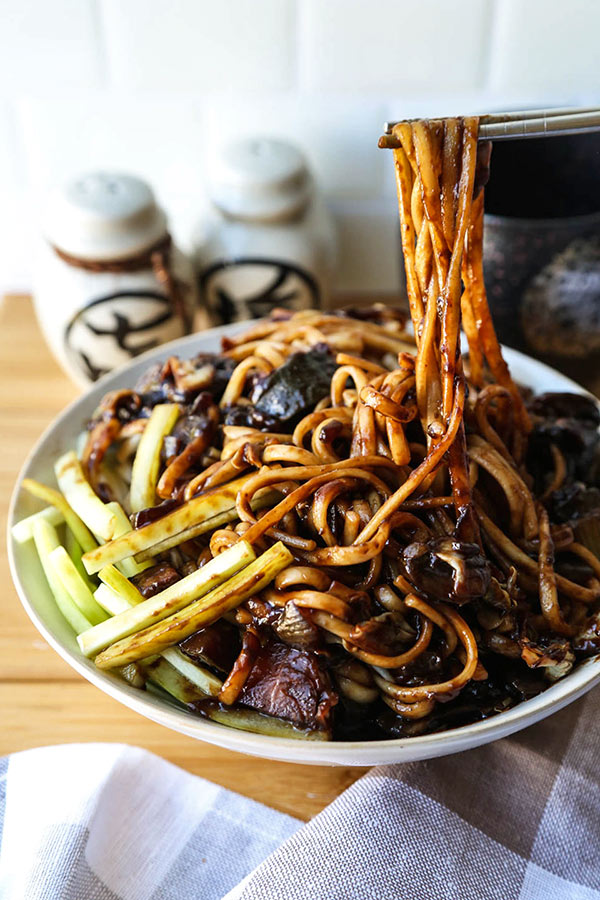 A vegan Korean dish that’s not spicy! This jajangmyeon is made with mushrooms, cabbage, and zucchini (to replace the meat), while the noodles are coated in the traditional black bean sauce. Served with freshly chopped cucumber, this plant based version is both filling and satisfying! GET THE RECIPE 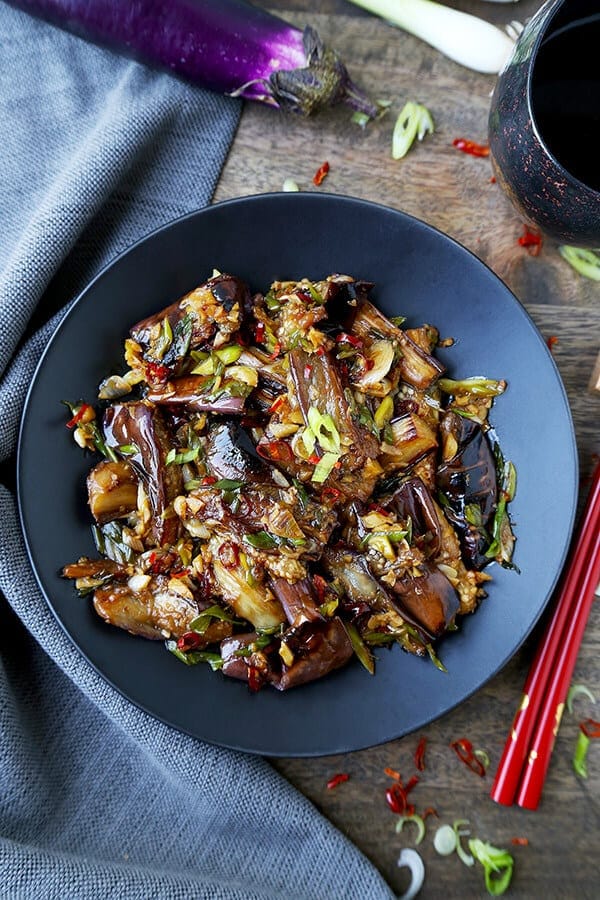 This is another eggplant dish I love. Tender pieces of eggplant stir fried with garlic, dried chilis, soy sauce, sesame oil, and vinegar, and topped with chopped scallions. GET THE RECIPE 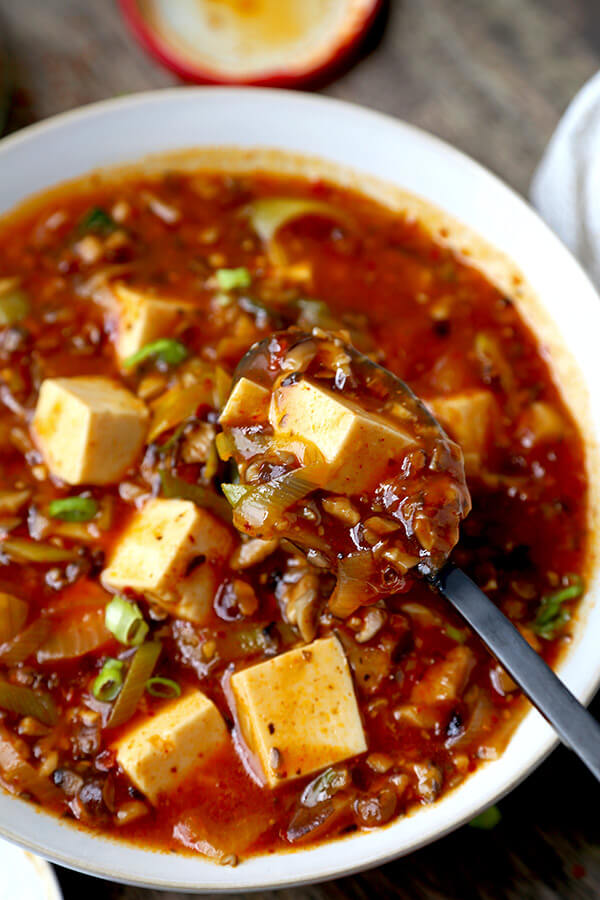 If you asked me to pick between vegan Chinese food and vegan Japanese, I wouldn’t be able to choose. Both cuisines are so good at finding the perfect ingredients to substitute for meat. This vegan mapo tofu is the perfect example – finely chopped mushrooms are used instead of ground meat and add so much depth of flavor and umami to the dish. It’s so good that I no longer eat the traditional version with ground meat. GET THE RECIPE 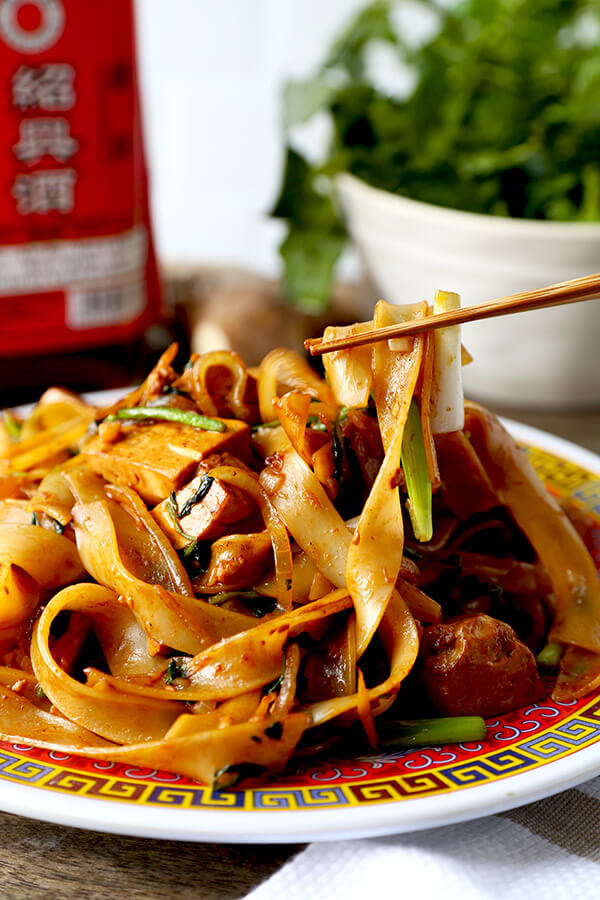 Pan fried noodles coated with soy sauce and topped with marinated tofu and watercress. Simple yet tasty! GET THE RECIPE 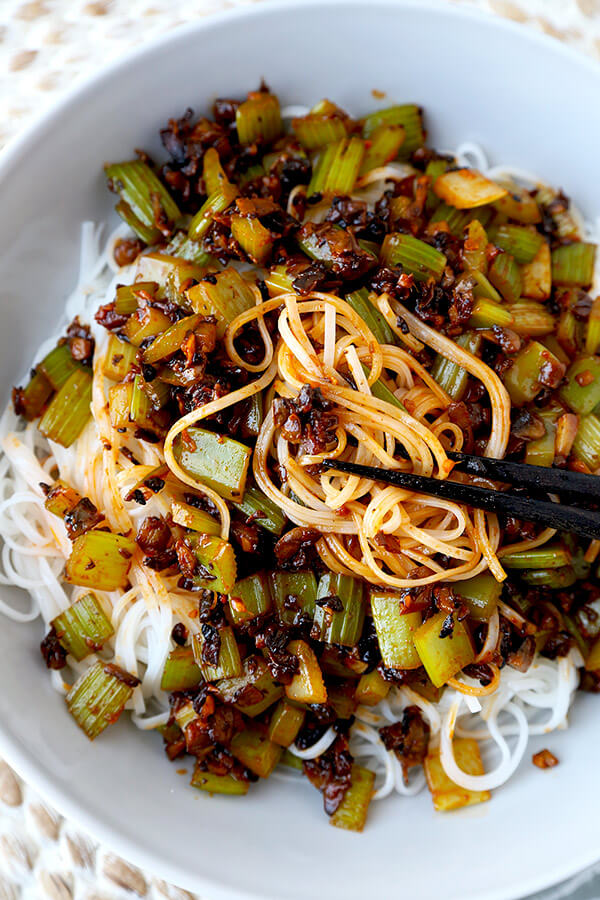 The original dish comes with pork but I thought it would be fun to use celery instead. You don’t miss the meat because the celery, when stir fried with mushrooms, gochujang, and soy sauce, takes on a meaty texture. It’s spicy, salty, and slightly pungent. GET THE RECIPE 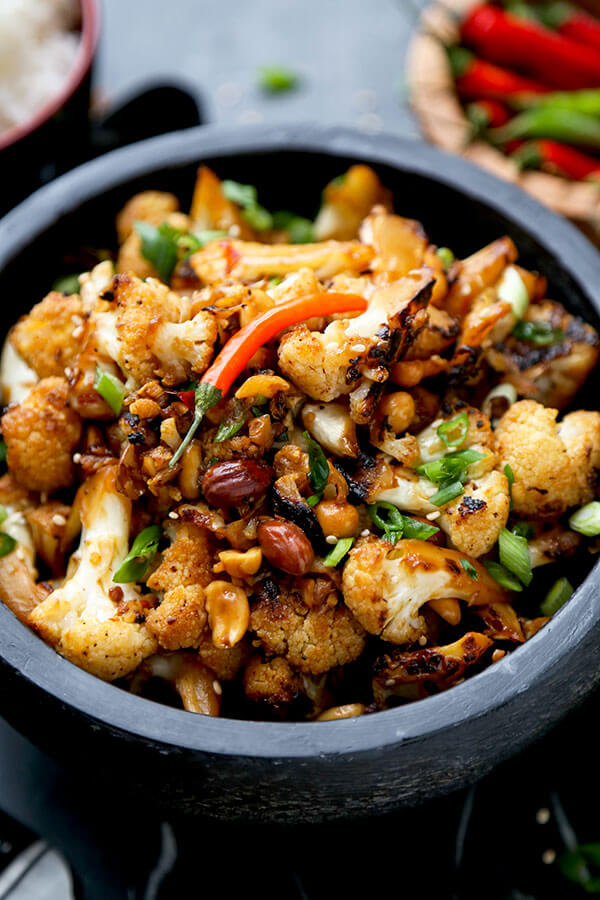 Beside looking stunning, this vegan kun pao cauliflower packs a punch in the flavor department. Crushed peanuts and Thai chilis add heat and nuttiness to this otherwise savory dish. GET THE RECIPE 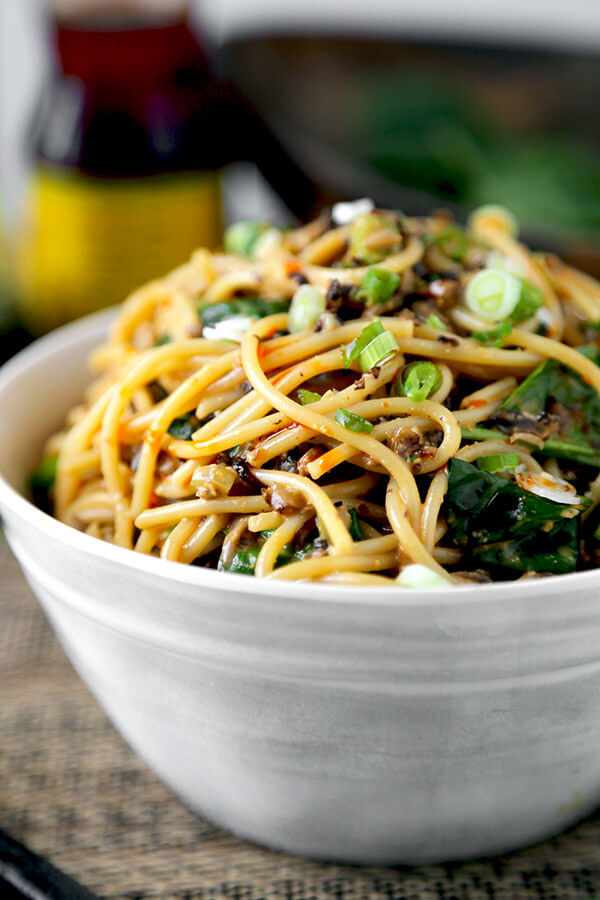 We’ve arrived at my favorite vegan Chinese noodle dish – the dan dan noodles. We make these noodles almost every week! The flavor profile has it all – spicy, salty, pungent, a little sweet, and a little sour. Perfection. GET THE RECIPE 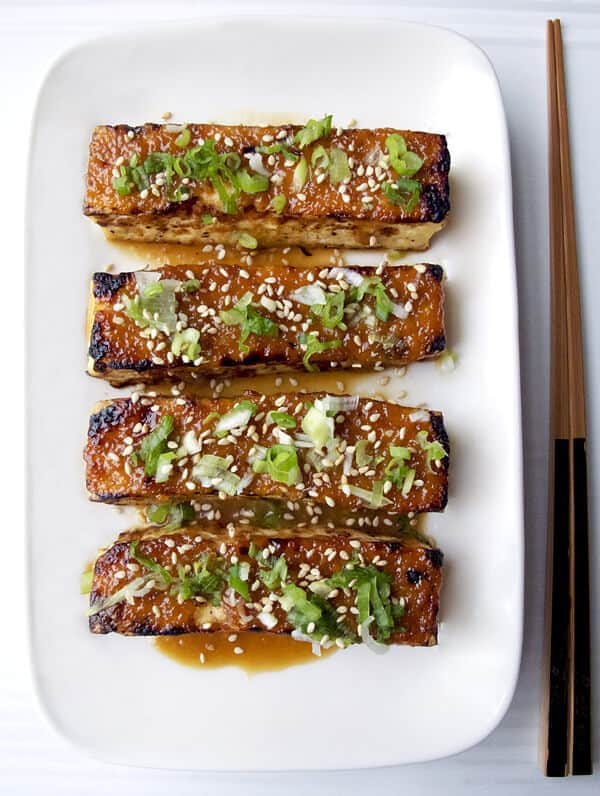 This is the tofu version of the Japanese vegetarian nasu dengaku recipe. Just as yummy but more filling. GET THE RECIPE 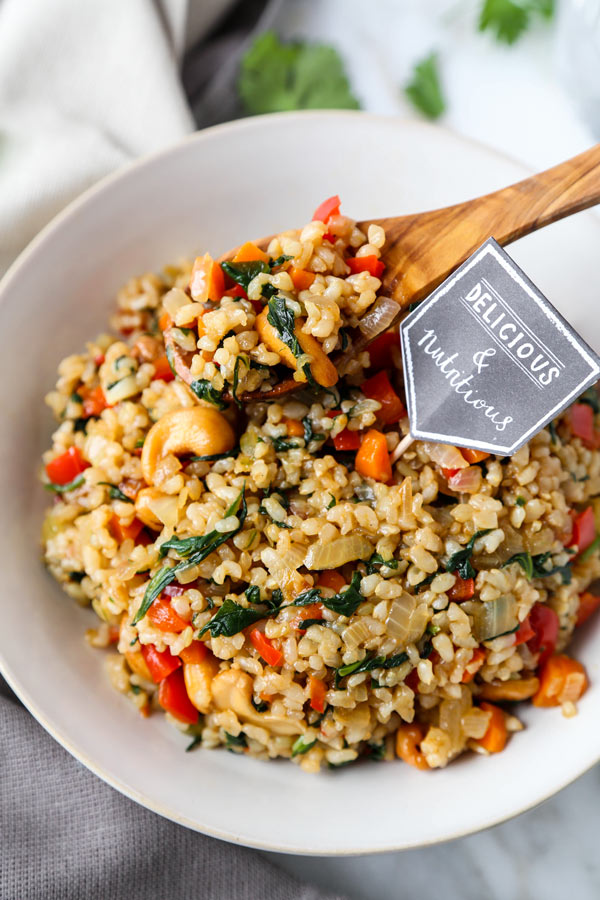 And finally, we couldn’t end the list of vegan Asian recipes without throwing a fried rice in there! This is a simple vegetable fried rice made with brown rice and seasoned with soy sauce, sesame oil, salt, and ground black pepper. GET THE RECIPE 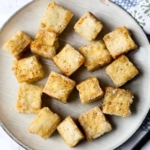 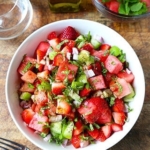