Are you a fan of aubergines? You’re going to love these popular Asian eggplant recipes! Learn about the best eggplants to track down at the grocery store – and how to tell if they’re fresh. Then learn how to make some of the best velvety, umami eggplant recipes from China and Japan!

Eggplant is one of my go-to ingredients when I feel like firing up the wok and making something delicious with minimal effort.

Because you can make an easy eggplant stir fry with some garlic, ginger and a handful of vegetables that tastes better than takeout. Or you can make aubergine the star of the show with a few common pantry sauces and aromatics – and a quick stint under the broiler (or in an air fryer).

Eggplant is a versatile ingredient that works so well in these nine popular Asian eggplant recipes. And when you nail the perfect tender texture, there’s absolutely nothing like it.

How to Choose Eggplant

When it comes to the different varieties of eggplant in the produce aisle, I personally tend to focus on three common types (although there are many).

A good rule of thumb when shopping for eggplant is to look for a green stem – and a smooth, firm and shiny skin without wrinkles. Do a weight test. Is one smaller, but heavier than the others? Go for that one. Smaller eggplants tend to be less bitter than their gargantuan counterparts.

Should You Salt Eggplant Prior to Cooking?

Generally, you won’t need to salt the inner flesh of your eggplant prior to cooking. However there are two instances when salting your cut eggplant can come in handy.

This Chinese eggplant recipe is one of my all time favorites. The secret is in the sauce. Soy sauce delivers its trademark umami – while shaoxing wine and chinkiang vinegar impart malty, sweet, vinegary perfection. The spicy garlic sauce recipe is super simple, and is leveled up by chopped scallions, dried chili peppers and – of course – at least 4 garlic cloves, finely minced. If you plan on only making one of these Asian eggplant recipes at home, this is the one!

Not many vegan eggplant recipes come with this much flavor. These tender halved aubergines are scored before being quickly pan-fried. They are then brushed with a sweet and savory miso paste, mirin and sake glaze before being broiled to perfection. Garnish with sesame seeds for an authentic Japanese dish that looks as good as it tastes.

Stir Fried Eggplant and Seitan With Garlic and Tomato

Velvety eggplant and meaty seitan are flash fried with garlic and tomato in a savory, peppery sauce. Seitan strips make a wonderful meat substitute. But the star of this Asian stir fry is the eggplant itself. It is super tender – and soaks in all of the amazing flavors of shoyu, rice vinegar and sesame oil. Finish off this eggplant dish with some finely chopped flat leaf parsley for a pop of color and a touch of garden freshness.

Like it savory? Do you prefer to keep weeknight dinners on the easy side? Well then, this one is for you. Pan sautee your Japanese aubergines until soft – then add scallions, chopped mushrooms and ginger. The whole thing is brought together with Japanese miso paste, soy sauce and a touch of sesame oil. Although, I usually serve with a side of white or brown rice, this is one of those Asian eggplant recipes that goes well with pretty much anything (noodles, quinoa, farro, etc.). And since it’s not a heavy dish, you can also serve this as a side dish in a larger Japanese meal. Itadakimasu!

These roasted eggplant slices have the deep savory sweetness you’d get from Chinese roast pork (minus a few calories). This is one of the rare times I use Italian eggplant – or in a pinch American globe eggplant. The wider circumference of those varieties works so well in this Chinese inspired dish, giving you hefty slices you can sink your teeth into. A simple marinade that prominently features five spice powder makes this Chinese eggplant dish a family favorite at my place.

Have you ever tried mapo tofu? It’s a famous Chinese (Sichuan) dish with tofu and minced meat served in a spicy sauce. And a milder variation of it is also super popular in Japan (mabo dofu). Well, this is a variation on the Japanese flavor profile, except we’re using eggplant (nasu) instead of bean curd – and going with TVP (textured vegetable protein) to keep it plant based. Vegans take note: this recipe gets a lot of savory sweetness from oyster sauce – but you can easily grab vegetarian oyster sauce on Amazon. Tender eggplant tossed in a savory and earthy tobanjan based sauce is a great thing in my book! Topped with plenty of chopped green onion, this is one of those Asian eggplant recipes that fires on all cylinders.

Fire up the wok for this protein packed easy eggplant recipe! You’ll want to use those slim and long Japanese or Chinese eggplants we talked about – and slice them into strips that are about an inch thick and three inches long. I’m using arctic char, but any fish with firm flesh would work. Okra adds a pliant crunch to this simple stir fry. So delicious, you’ll definitely want seconds.

You might not assume this, but gratins are super popular in Japan. Miso paste, sake, mirin and soy sauce are the main flavors that compliment the sweet kabocha squash and tender eggplant. The secret to this simple recipe is browning the eggplant in a pan prior to assembling the dish in ramekins for baking. Creamy, cheesy umami goodness is the name of the game with this one! Delicious.

You’ll get a boost of heat from dried red chilis, quickly stir fried in nutty sesame oil in this sauteed eggplant recipe. A tablespoon of miso paste imparts an earthy funk. I like to use awase miso (a combination of white and red miso), but use what you’ve got handy at home. Serve as a main dish with a side of steamed rice – or as a flavor forward side dish as part of a larger Asian feast!

Have you tried any of these easy Asian eggplant recipes? Are there changes you made that you would like to share? Share your tips and recommendations in the comments section below!

A classic Japanese dish, nasu dengaku with miso glaze is both a sweet and savory. 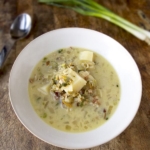