If you’re looking for a savory eggplant dish, look no further than this sauteed Japanese eggplant! It’s quick, easy to make, and is packed with flavor. The eggplants are cooked until tender, then seasoned with a ginger, miso, and sesame sauce that is simply irresistible.

This recipe for sauteed Japanese eggplant is a quick and easy way to enjoy a tasty and nutritious plant-based meal. While the recipe calls for miso paste, this dish doesn’t taste anything like the traditional nasu dengaku (Japanese miso eggplant), where the eggplants are broiled and brushed with a sake and miso glaze.

This dish has a simpler taste – it’s savory, salty, and nutty, but doesn’t have the depth of flavor nor the pungent element that nasu dengaku has.

What Is A Japanese Eggplant?

Japanese eggplant, called ‘nasu‘ in Japanese, is a type of eggplant that is long and slender, with a thin, dark purple skin. They have a milder and slightly sweeter flavor than regular eggplants. Because of their smaller size, they cook faster and absorb flavor more easily. Japanese eggplants are often used in Asian cuisine and can be swapped with Chinese eggplants, which are lighter in color, and can sometimes be longer.

If you would like to play with the flavor of this dish or make it more filling, here are some ideas you might be interested to try:

How To Cook Japanese Eggplant

Scroll all the way down to the recipe card for the full recipe.

Note: Sauteing the eggplant in a skillet yields a result very similar to nasu agebitashi, where the eggplants are deep fried until tender. I find that sauteing them is much easier and healthier.

Where To Buy Japanese Eggplant

Let me say this – Chinese eggplant is just as delicious as Japanese eggplant! In fact, they are so similar that I often swap one for the other without even thinking about it.

How To Store This Japanese Eggplant Recipe

To store this delicious eggplant stir-fry, start by letting the dish cool down to room temperature. You can then transfer it to an airtight container and refrigerate for up to 2 days.

I don’t recommend freezing this dish because the texture of the eggplant will get very mushy.

What To Serve With Japanese Eggplant

This sauteed eggplant recipe can be served as an appetizer, side, or part of a main. Because of it’s assertive flavors, it goes really well with a side of brown rice or white rice. You could also pair it with quinoa, farro, and even noodles.

As for sides to serve with it, some of my favorites are:

Tender eggplants seasoned with a ginger, miso, and sesame sauce that is simply irresistible.

Store the leftovers in a storage container and refrigerate for up to 2 days. 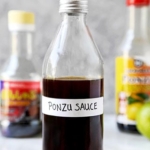 43 Easy Japanese Recipes You Can Make At Home 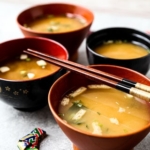 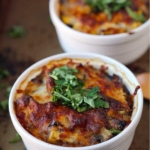