Egg drop soup is one of those dishes that’s so cheap and easy to make that I never order it at a restaurant. I love its simplicity and how it pairs well with just about anything – and is ready to serve in just 10 minutes!

Simple soups are quintessential to Asian dinners and my two favorites are miso soup and egg drop soup. I like that they are light so they don’t fill me up too much, while still bringing plenty of flavor and character to the table.

They are also a life saver when I feel lazy in the kitchen but still want to whip up a meal consisting of more than one dish.

The recipe I have for you today is a Japanese egg drop soup, called kakitmajiru. You will need seven ingredients and 10 minutes to make it.

What is Egg Drop Soup?

Egg drop soup is a Chinese soup made with chicken broth and whisked eggs that are slowly stirred into the soup to create thin threads. The traditional Chinese egg drop soup can sometimes include tofu,  corn, chopped scallions, or bean sprouts.

While the Chinese version is the most famous type of egg drop soup, many countries have their own version:

This is a very versatile soup so feel free to add more vegetables, dumplings, or noodles, if you would like to make it more filling.

Some of my favorite additions and toppings

What to serve with Kakitamajiru

The delicate flavor of kakitamajiru makes it an excellent side or appetizer to serve with dishes that are bold and assertive. I like to stick to Japanese, Korean, or Chinese dishes, whenever I make this soup, so the flavor profile stays in the same category.

Here are some of my favorites:

If you like this recipe and are a soup lover like I am, here are other easy and delicious Asian soups you can make at home in just a few minutes.

Make this light and delicate Japanese egg drop soup in just 10 minutes, from start to finish.

This soup will last for up to 3 days, refrigerated, in an airtight storage container. 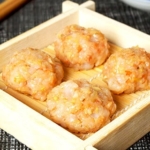 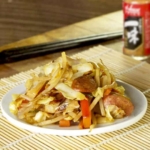 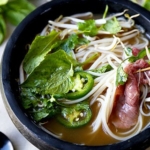