This is a vegetarian recipe for Japanese mabo nasu which is a cross between Yú Xiāng (鱼香茄子), or fish fry eggplant, and mapo tofu . The eggplant is tossed in a gooey savory, earthy, and nutty sauce, perfect for pouring over rice. It’s delicious!

What is Mabo Nasu?

Mabo nasu is a popular Japanese dish consisting of sliced eggplant and ground pork that are cooked in a savory and pungent gooey sauce made with tobanjan, soy sauce, oyster sauce, sugar, stock, and potato starch. It is the same as mabo tofu except that eggplant, which is “nasu” in Japanese, is used instead of tofu. The dish is meant to be enjoyed with a side of Japanese rice.

Mabo nasu is one of many Japanese dishes that was influenced by Chinese cuisine and adapted to suit the Japanese palate. Japanese people are extremely sensitive to spicy foods which is why you will rarely find red chili peppers added to dishes.

How to Make Mabo Nasu

Can I Freeze Mabo Nasu?

You can technically freeze mabo nasu but I would advise against it because the texture of the eggplant might get very moussy.

Cooking with eggplant is such a finicky business. It’s one of those vegetables that require more attention to details than something easy like a  cucumber. If the cooking time is too short, the eggplant will have rubbery texture (that no one likes!) and will automatically ruin a dish. If it’s cooked for too long, it will get mushy and fall apart.

I find that the more you mess with it, the worse the texture becomes which is why I don’t recommend freezing, thawing, and reheating eggplant.

What to Serve with Mabo Nasu

The best way to enjoy mabo nasu is with a side of Japanese white rice. The sticky fat grains absorb the sauce beautifully and instantly elevate the dish. However, if you prefer brown rice, please go ahead and enjoy the dish with that.

This Japanese eggplant stir fry is quite filling so if you are planning to serve other dishes with it, I recommend small sides that are light or refreshing, such as:

This is a vegetarian recipe for Japanese mabo nasu. The eggplant is tossed in a gooey savory, earthy, and nutty sauce, perfect for pouring over rice. It’s delicious!

Keep the leftover mabo nasu in an airtight storage container. It will keep in the fridge for up to 3 days. 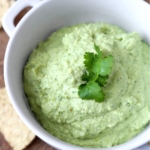