Who knew seitan was this easy to make at home! With a little kneading, a pot of boiling water and some seasonings, you can make your own tasty seitan in just over an hour! 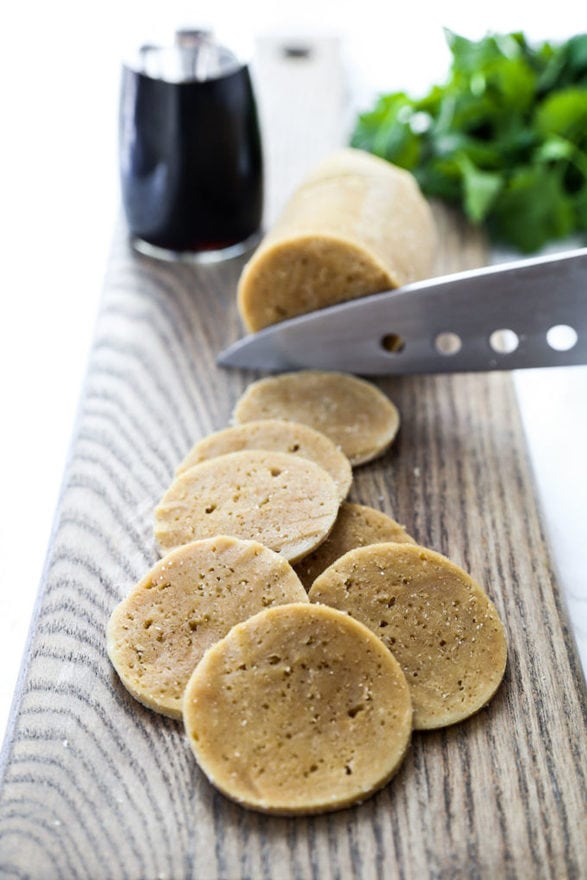 Seitan is a food ingredient I have come to rely on ever since I gave up meat two and half years ago. It’s texturally and visually similar to meat, is high in protein, and works really well with stir fries and sandwiches.

The fun part about making your own seitan is you can flavor it however you like – nutritional yeast to make it taste like chicken, liquid smoke for pork, or worcestershire sauce for beef, are just a few examples of what you can do with it.

My recipe is quite basic and typical of the flavors found on my blog – I’m using a mix of soy sauce, mirin, and miso paste. To call is a Japanese seitan recipe would be a stretch since the flavors are quite mild. But what I like about it is that it’s a great based to build flavor upon and pairs well with just about anything. 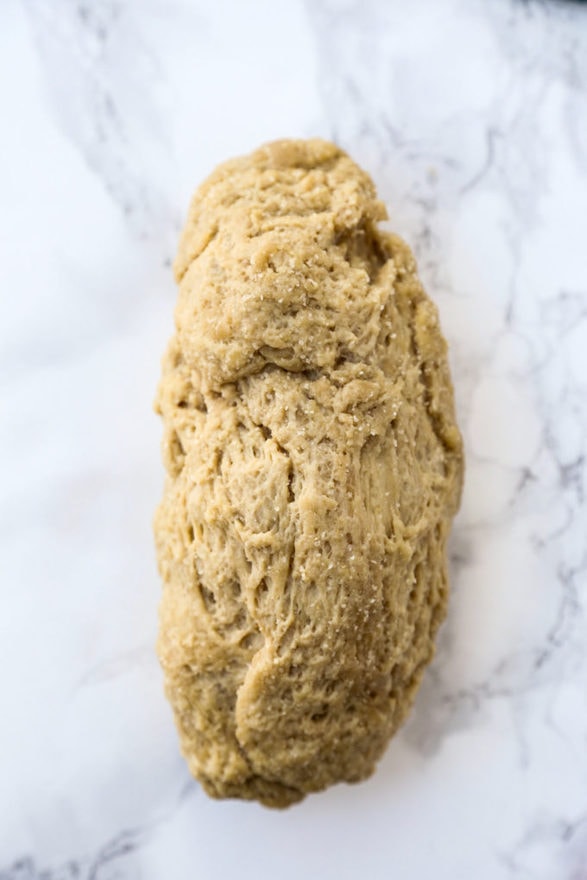 Seitan (not satan 😈) is a food ingredient made of vital wheat gluten that’s used as a vegan meat substitute. It has been used for centuries in both Japan and China where it was created by vegetarian Buddhist monks.

It’s made by mixing vital wheat gluten and water and kneading the mixture until a dough is formed. Since plain seitan doesn’t have much flavor, a variety of sauces and spices are often used to season it.

What is Vital Wheat Gluten?

Vital wheat gluten is wheat flour that’s been hydrated to activate the gluten (the main protein in wheat) and processed to get rid of everything but the gluten. It’s then dried and ground into a flour/powder.

How do you pronounce seitan? 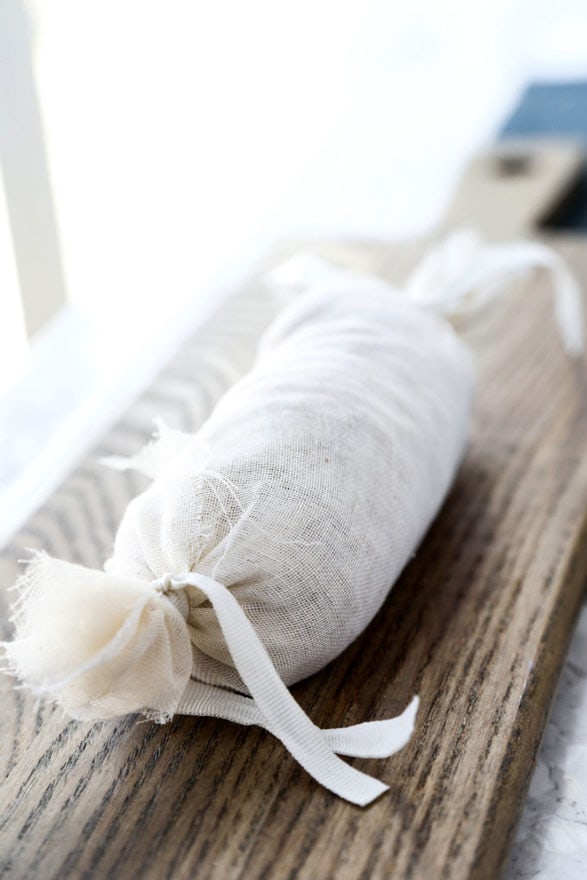 Some popular seasonings for seitan

While my simple broth is made with dried kelp and water, you can add more flavor to yours by using vegetable stock and some of the seasonings listed above. This will result in a more flavorful seitan loaf. 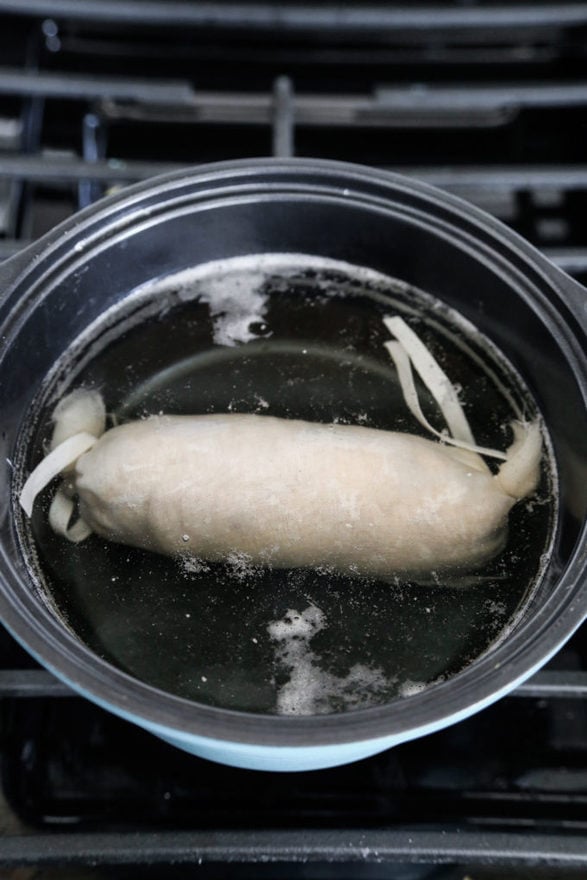 How to Make Seitan

If you don’t happen to have a cheesecloth in your kitchen, it’s no big deal, you can still make this recipe. The only differences will be in how your seitan is shaped and the cooking time. Using your hands, break up the seitan into bite size piece and simmer it for 15-20 minutes.

Please note that it may take more or less time to cook depending on the size of your pieces. I suggest doing a taste test by cutting up a piece to see if it’s cooked or not. 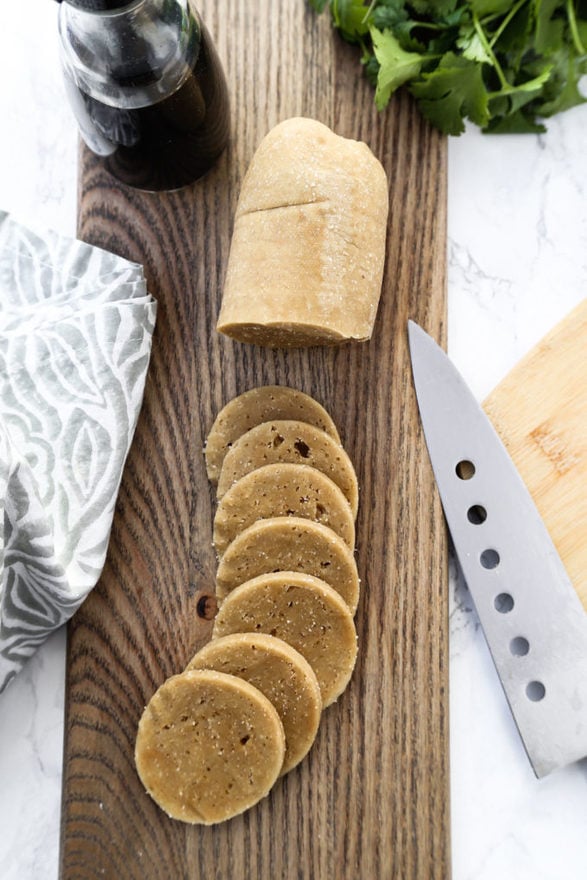 How Long Does Homemade Seitan Last?

Homemade seitan lasts for 8-10 days in the fridge, stored in an airtight storage container or bag.

Can I Freeze Seitan?

Yes! It will keep for up to 6 months.

When freezing it’s always best to:

What Can You Make with Seitan

Seitan is basically a replacement for any type of meat (including chicken). Therefore you can substitute seitan for any dish containing meat.

One my favorite uses is in banh mi. I love the combination of doughy bread, chewy seitan, creamy vegan mayo, spicy sriracha sauce, and fragrant cilantro. I’m always looking forward to having this for lunch!

Another great use is in stir fries. You can slice it however you like and stir fry it with veggies and a simple sauce.

Some of my favorite stir fries:

Lastly, seitan can be used for deep-fried or baked dishes. For example, swapping chicken for seitan in this baked general Tso recipe works beautifully! 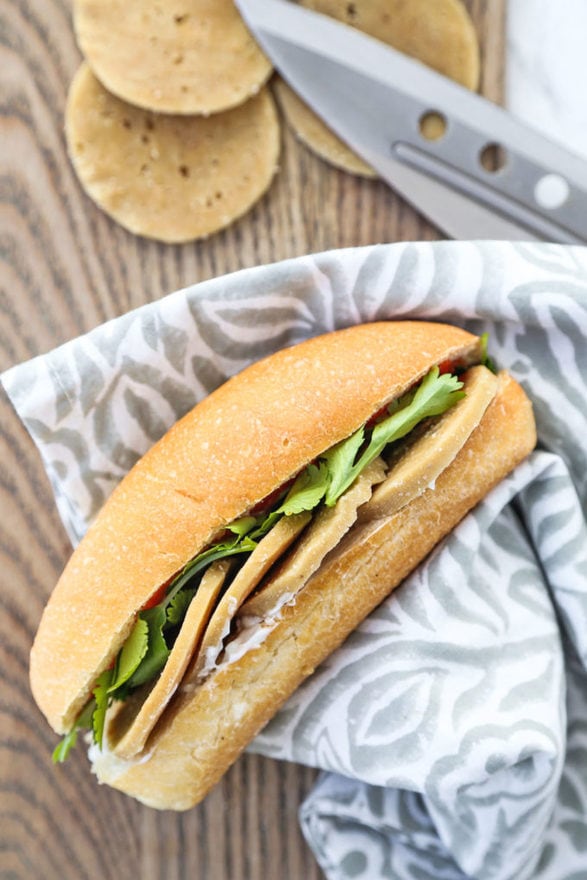 Homemade seitan will keep refrigerated for up to 10 days in an airtight container, or for up to 6 months in the freezer.

No cheesecloth? No big deal!

Skip the cheesecloth by using your hands and breaking it up into bite size pieces. Drop them in the pot of water and simmer for 15-20 minutes.

Note: It might take more or less time to cook depending on the size of your pieces. I suggest doing a taste test by cutting up a piece to see if it’s cooked or not. 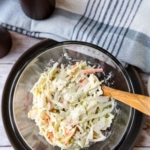 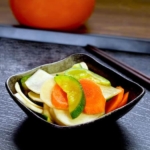 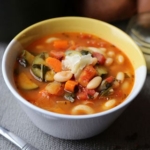