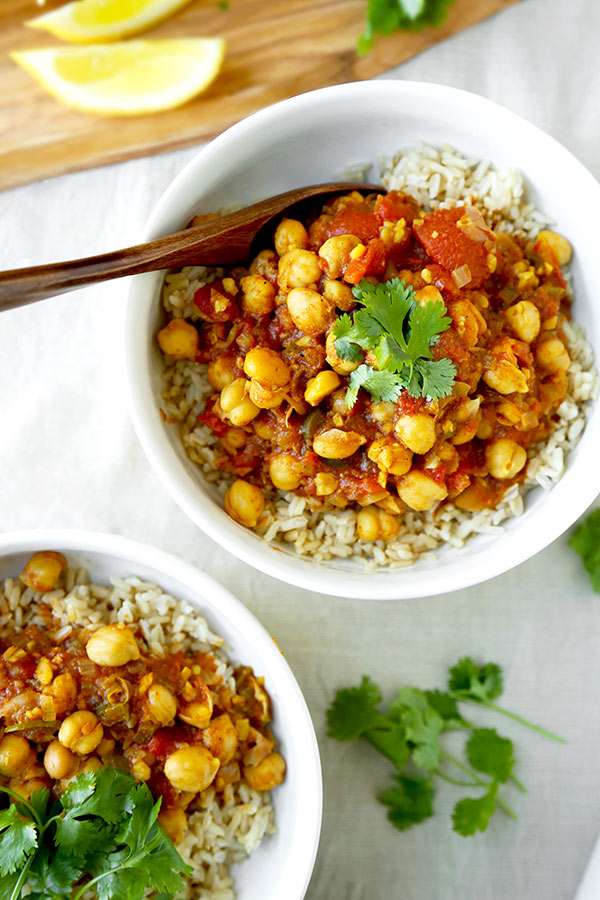 My rice cooker got a ton of play in the kitchen this summer. You see, I use it as a slow cooker sometimes. It allows me to whip up a delicious meal without turning on all four burners and steaming up the kitchen on a hot day.

We’ve had a pretty warm post-Labor Day stretch here in Brooklyn. So, my rice cooker saved the day again when I made this luxurious and golden slow cooker chana masala.

Not only did it hit the spot, it saved us on airfare in the process. The thing is, we were craving South Asian food so much that we almost considered hopping a flight to Toronto. 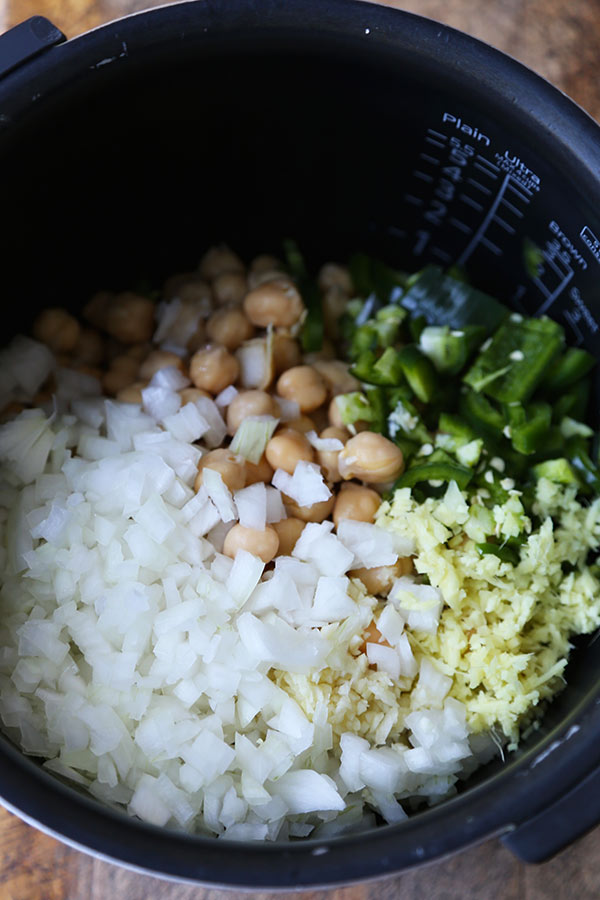 When Ben and I were first dating, he was in New York – and I lived in Toronto. When he’d come north for one of his many visits, we regularly tried to see how many different cuisines we could eat in a day.

Sometimes that meant Vietnamese for breakfast, Indian for lunch and French for dinner. It was a fun (and super delicious!) exercise in gluttony and gastronomy.

On one of those food odysseys we happened upon a spot called Lahore Tikka House and had the chana masala of a lifetime. On that day, a plate of chickpeas, onion and tomatoes suddenly became a sum greater than its parts. Needless to say, we were hooked on that simple vegetarian dish!

My slow cooker chana masala recipe is an easy-to-make nod to that magical day. 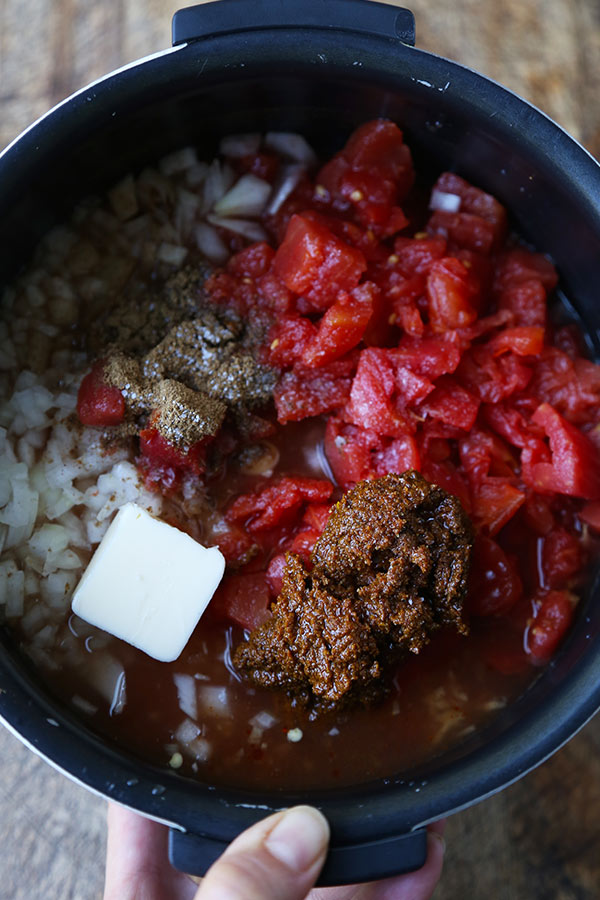 I absolutely love vegetable dishes that are as hearty and aggressively flavored as meaty recipes.

The interplay of smoky curry paste and sweet tomatoes with the subtle nuttiness of the chickpeas (garbanzo beans) just works for me. But it doesn’t stop there. Fresh cilantro plays off the slightly sour yogurt and citrusy lemon.

This chana masala is a staple in the Indian/Pakistani food lexicon for a reason.

The deep flavors, and super easy preparation make this a no-brainer when deciding what to make for an easy dinner. The fact that using the slow-cooker won’t heat things up in your kitchen is just icing on the cake! 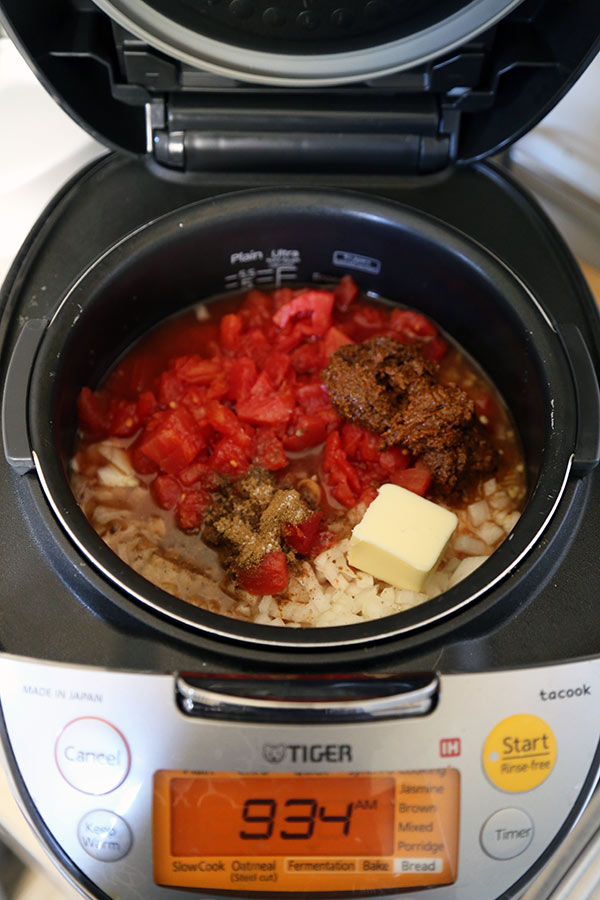 Ben and I returned to that awesome goldmine of delicious South Asian cuisine in Toronto on many occasions.

And we always tried new things from the extensive menu.

However, no matter how many plates of food we had coming that day, we made sure to order that lovely chana masala as well.

It never let us down.

After almost a decade together, the taste of this slow cooker chana masala in our Brooklyn kitchen the other day, transported both of us to a time when love was new (and sometimes north of the border). Food is pretty amazing that way! How about you? What’s your favorite South Asian dish? I’d love to hear about it in the comments! 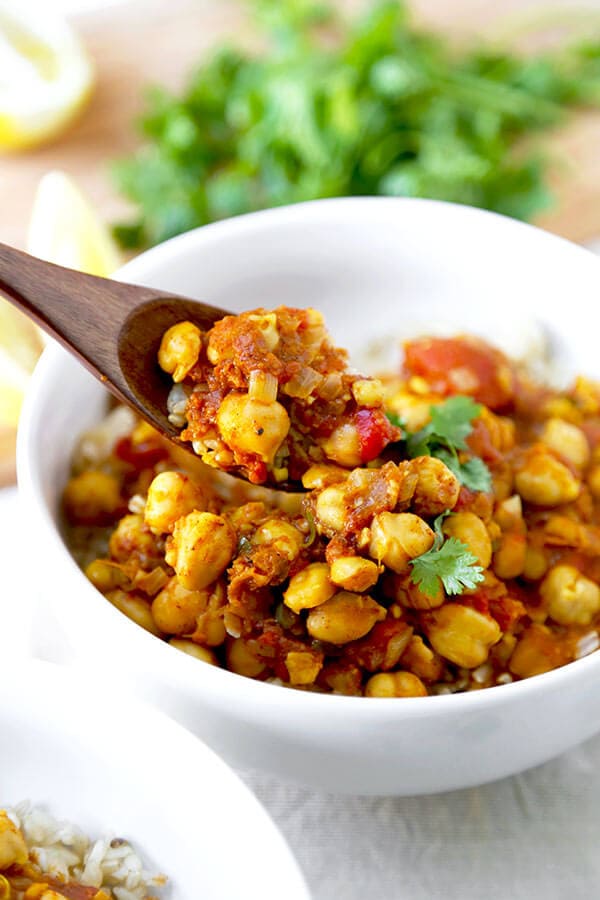 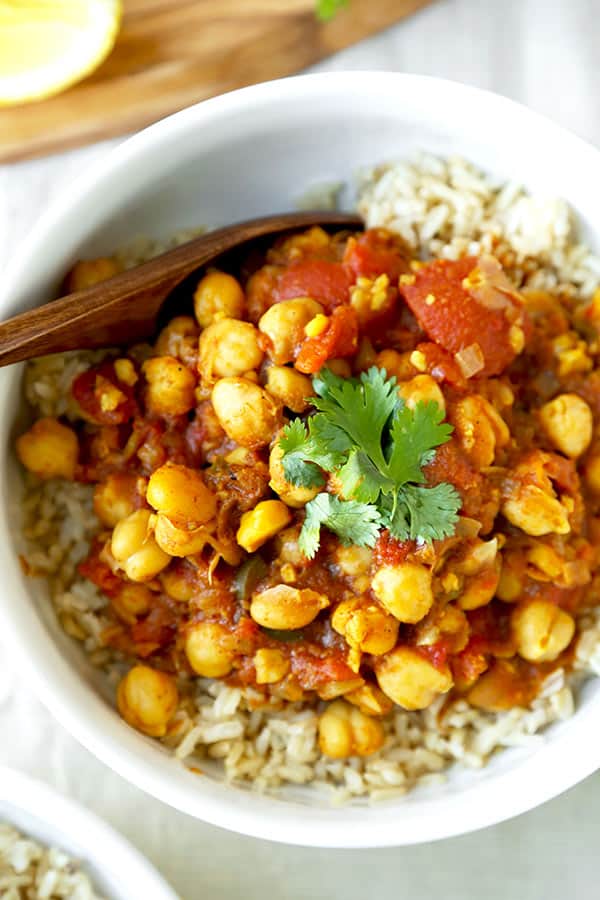 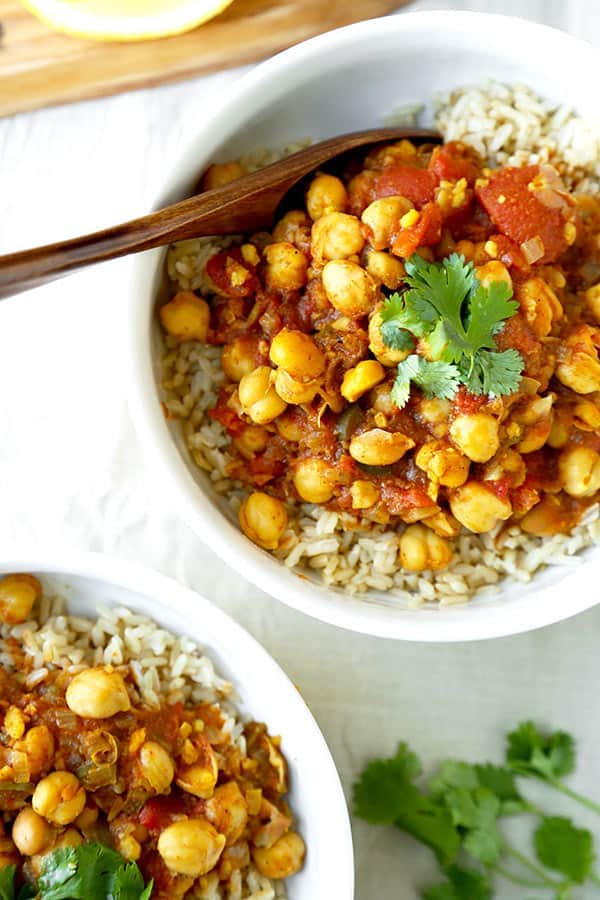 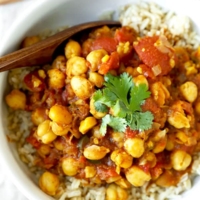 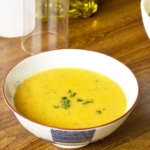 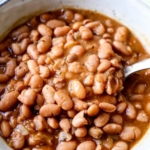 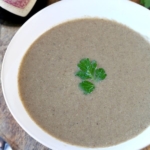 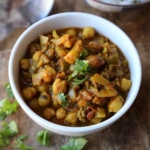