A savory and super-simple Smashed Red Potatoes With Garlic and Chives Recipe that’s crispy on the outside, lush and velvety on the inside! 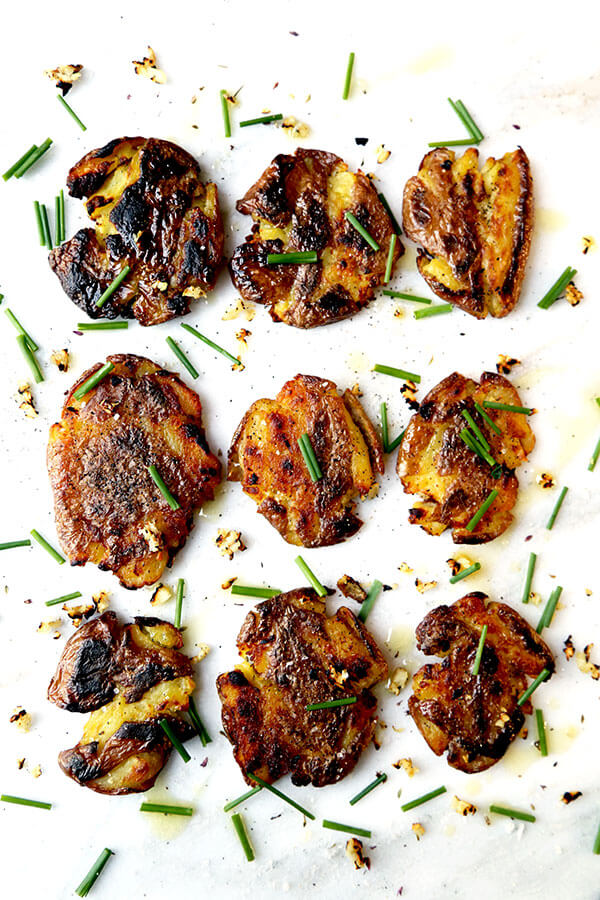 Ah, the potato. Growing up in Quebec, I developed an outsized fondness for all things spud-related. That may have something to do with poutine (French fries topped with squeaky cheese-curds and drowned in gravy) being the unofficial dish-of-the-province. In my neighborhood there were two cabanes à patates (literally: potato shacks), and we’d head there often for a French fry fix. Fast forward a couple decades, and my love for fries hasn’t abated in the least. But a girl can’t live on fries alone! This smashed red potatoes with garlic and chives recipe came about the other night in response to my serious craving for fries – and my equal desire to keep my food intake on the healthier side. It’s a compromise that tastes so good, you’d think I was cheating! 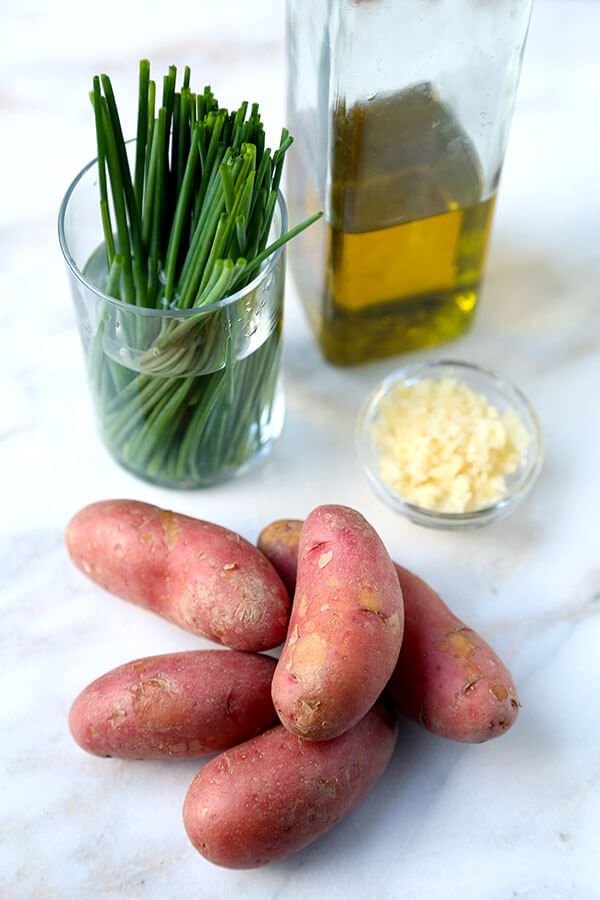 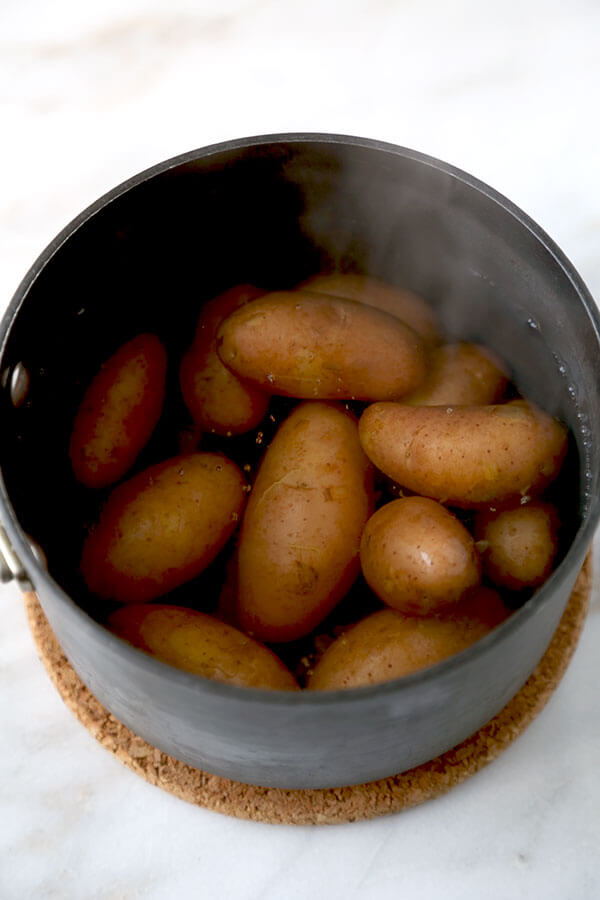 Potatoes themselves are quite good for you. They are low in calories, high in fiber and are a complex carbohydrate. Nice! These smashed red potatoes are first boiled, then pan-fried in a small amount of olive oil. The resulting texture is that of a of a great latke or hash-brown on the outside, while keeping it soft and velvety on the inside. They make such a great addition to a meal – or stand on their own as a wonderful savory snack. I can totally see myself munching on these golden-brown nuggets of awesome with a glass of iced tea the next time my girlfriends drop by for a get-together. 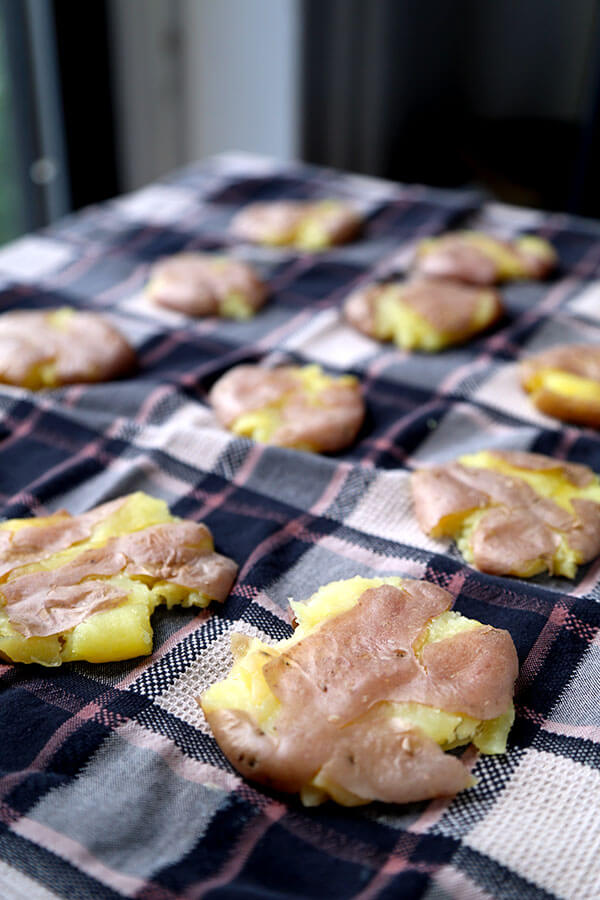 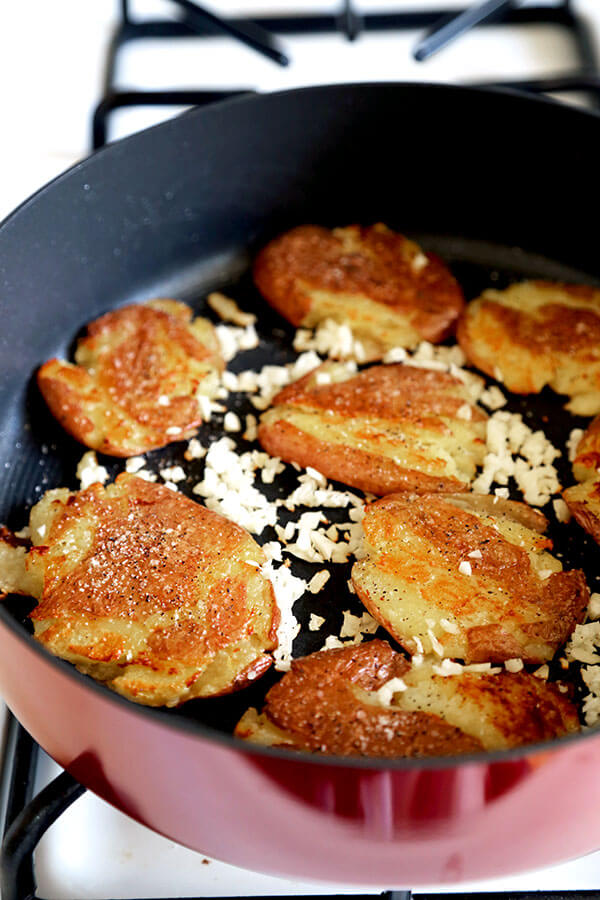 This was a fun recipe to make as well. I love it when I get to play with my food! Once the red potatoes are boiled, rinsed and drained, the smashing begins! Ok, maybe not barbaric smashing. But a gentle press on the boiled potato with your palm will get the job done. You’re looking to flatten each potato to about a half-inch thickness. Once they’re all ‘smashed,’ it’s off to the frying pan where the real magic happens. These crispy smashed red potatoes may just be my new French fry. How about you? What’s your favorite food from childhood? I’d love to hear about it in the comments! 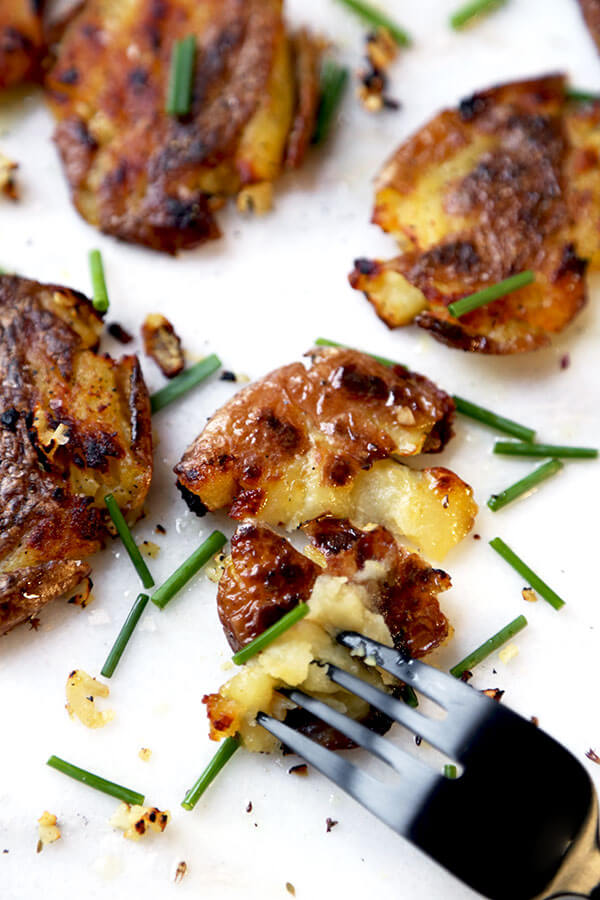 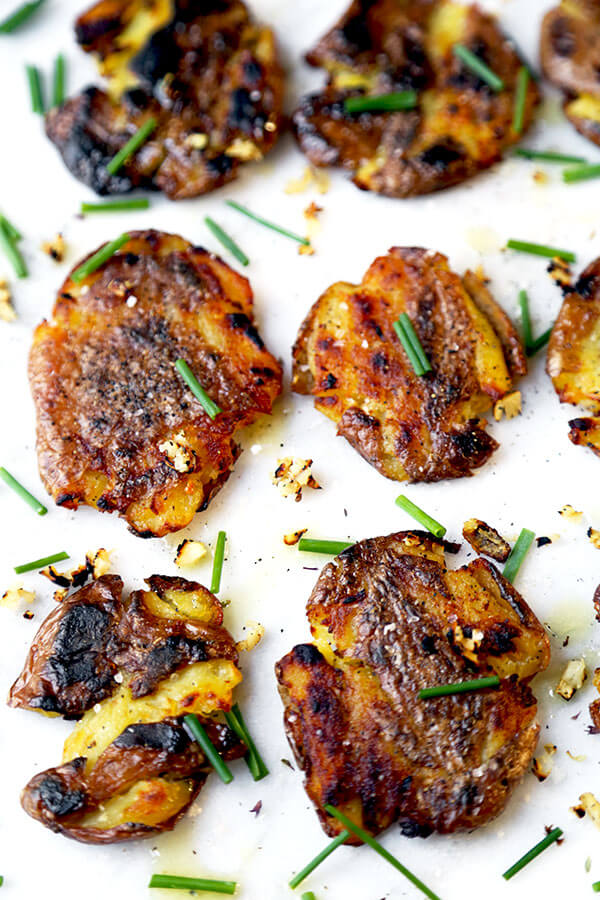 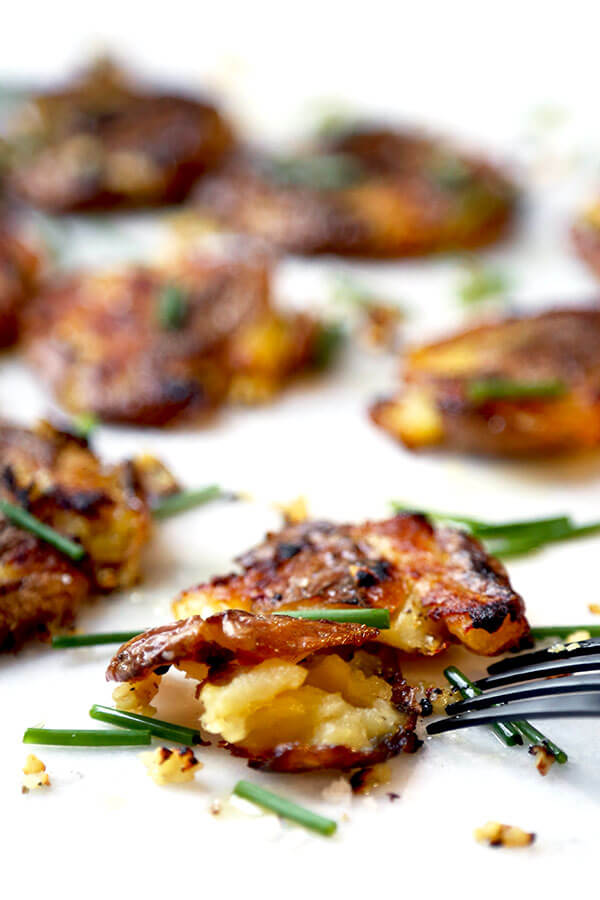 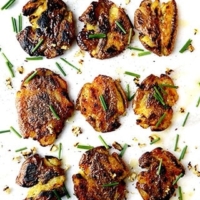 A savory and super easy-to-make Smashed Red Potatoes Recipe that’s crispy on the outside, lush and velvety on the inside!

This Smashed Red Potatoes With Garlic and Chives Recipe is:
No cholesterol
Very low in sodium
Very low in sugar 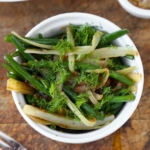