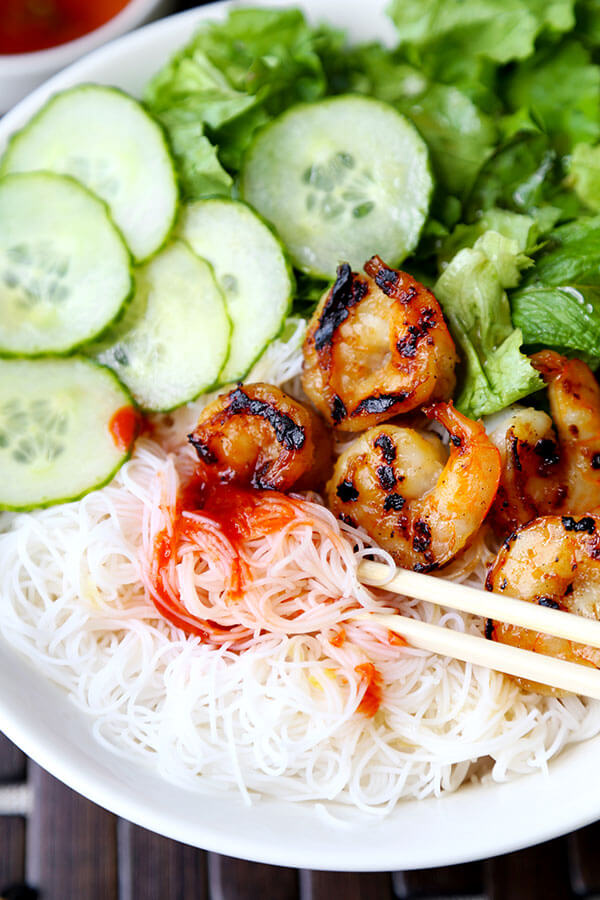 The years I spent living in Southeast Asia made me into a bit of a noodle junky. Whether at a street stall in Bangkok, or a Hawker Centre in Singapore, I had nearly unlimited access to Pad Kee Mao, Laksa and Char Kway Teow. Yep – I was spoiled. After deciding to move back to North America, I had brief moment of uncertainty. Hey – I had a certain noodle-intake-quotient I needed to uphold for the wellbeing of my tastebuds! Would I be able to find favorites like Bun Cha and Char Mee Hoon with ease? Or would I face painful noodle withdrawal once the wheels touched down? 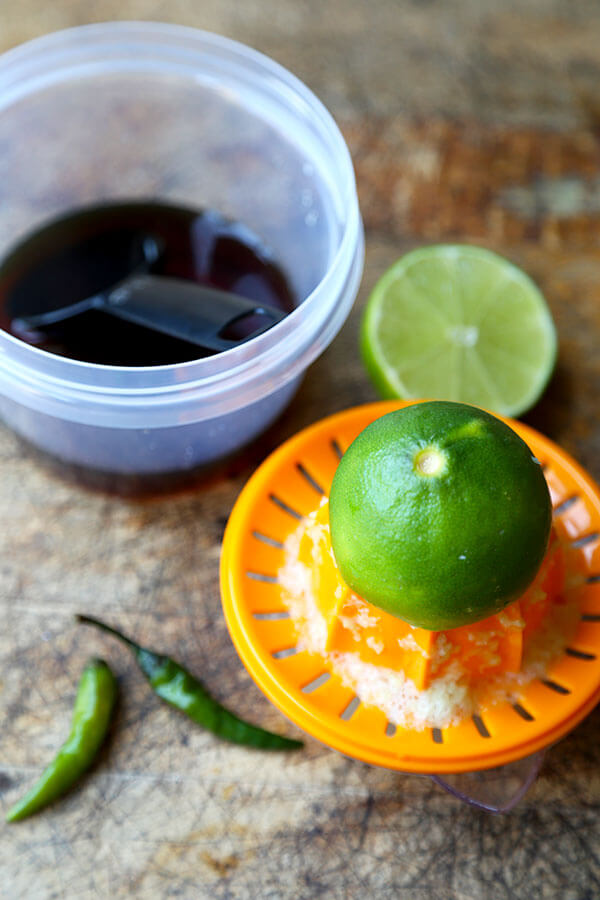 I shouldn’t have worried at all! Between castings and shoots in Toronto, I’d dip into a dingy Vietnamese spot and place my order for bun cha. I couldn’t get enough of the thin rice vermicelli noodles with lettuce, fragrant herbs and nuoc cham (a sweet, sour, savory and spicy Vietnamese dipping sauce). I usually topped off my order of bun cha with either sweet grilled shrimp or fried pork spring rolls (or a delicious combination of the two). I’d head off to my next casting satisfied, but not weighed down. Bun cha is one of those rare noodle dishes that manages to be substantive yet  light – perfect for eating lunch in the summertime heat! 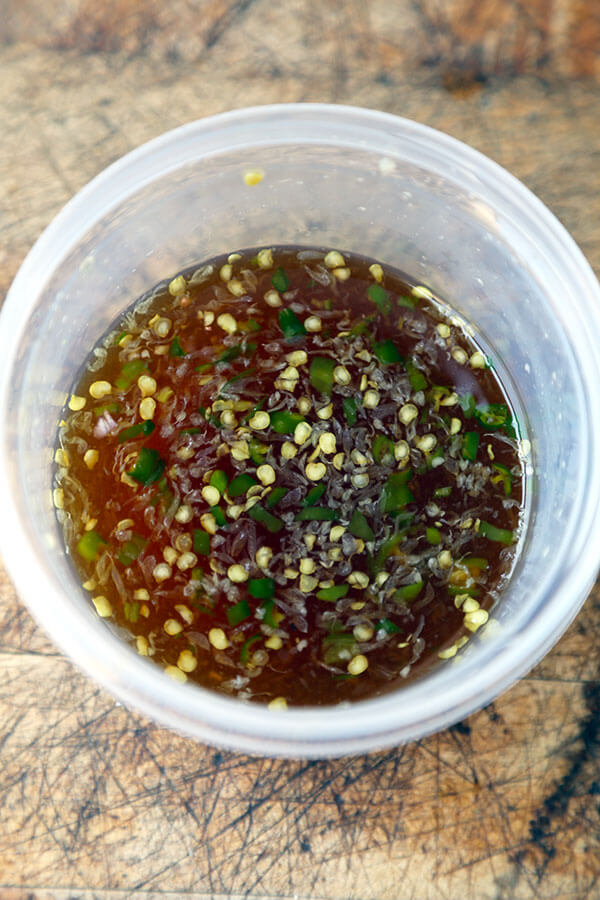 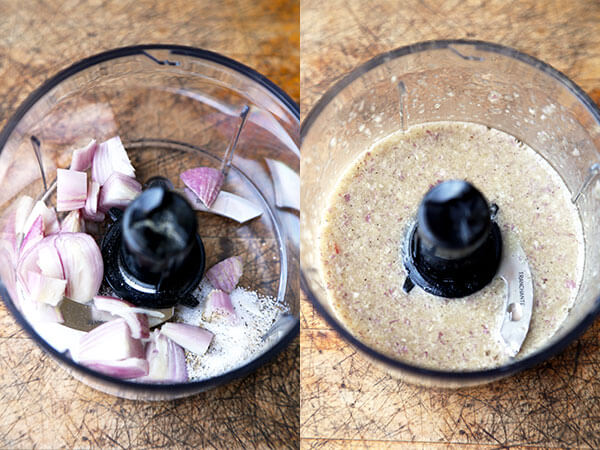 If I had one minor gripe about eating bun cha at the Vietnamese restaurants in Toronto, it was that the nuoc cham dipping sauce tended to be just a bit too sweet for my taste. To get the nuoc cham in my own shrimp bun cha recipe perfect, I referenced the amazing cookbook Into the Vietnamese Kitchen by Andrea Nguyen. I wanted to get a baseline understanding of the ingredient ratios a good nuoc cham should have. While I tweaked the ratios a little for personal preference, the result was a nuoc cham that had savory and spicy notes in the forefront – and a sweet/sour interplay just behind that. In short: perfection! 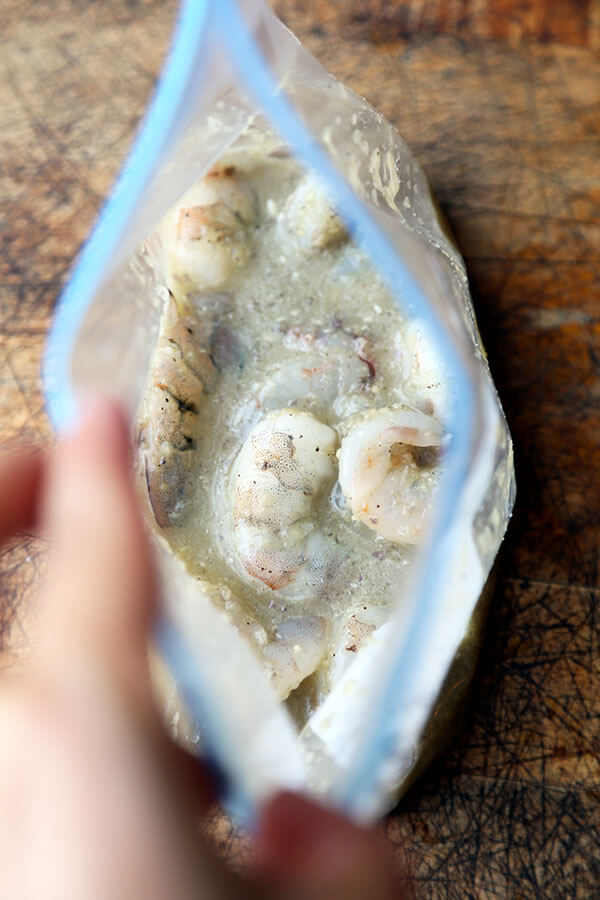 This shrimp bun cha recipe is in the steady rotation at our place during the summer months. The caramelization on the shrimp plays perfectly with lively notes from the herbs and the aggressive nuoc cham sauce. Not only is bun cha super easy to make at home, it really tastes like you’re sitting on a small plastic stool at a restaurant in Hanoi or Saigon, slurping noodles with abandon! I like to add a bit of sriracha sauce to my bun cha noodles. Ben, the spice addict, adds sliced bird’s eye chilis to his. Yum! How do you like your bun cha? Let me know in the comments section! 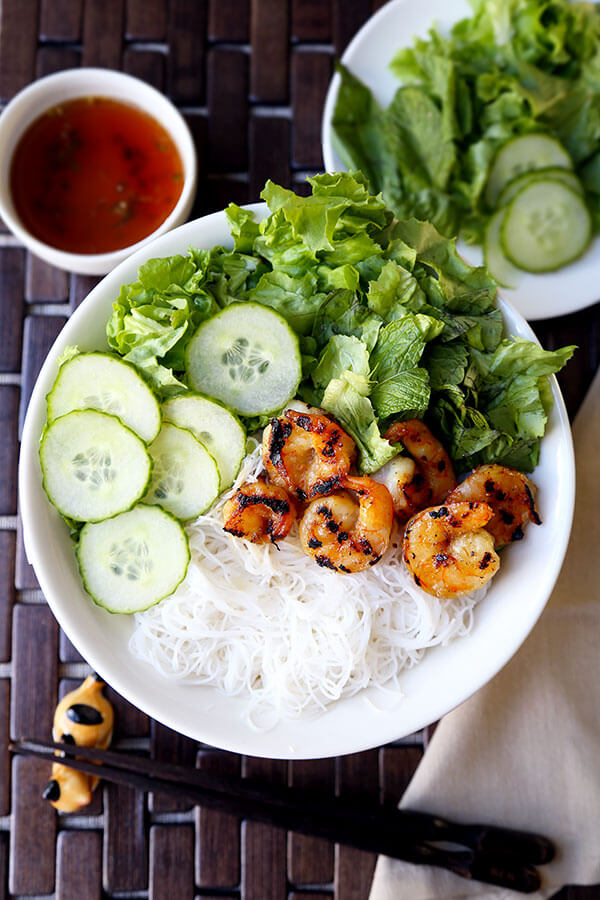 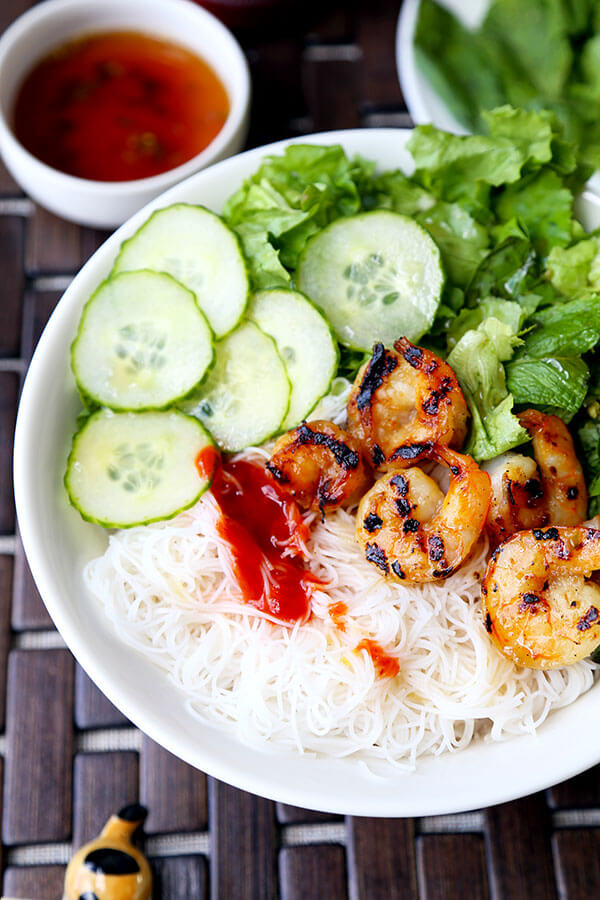 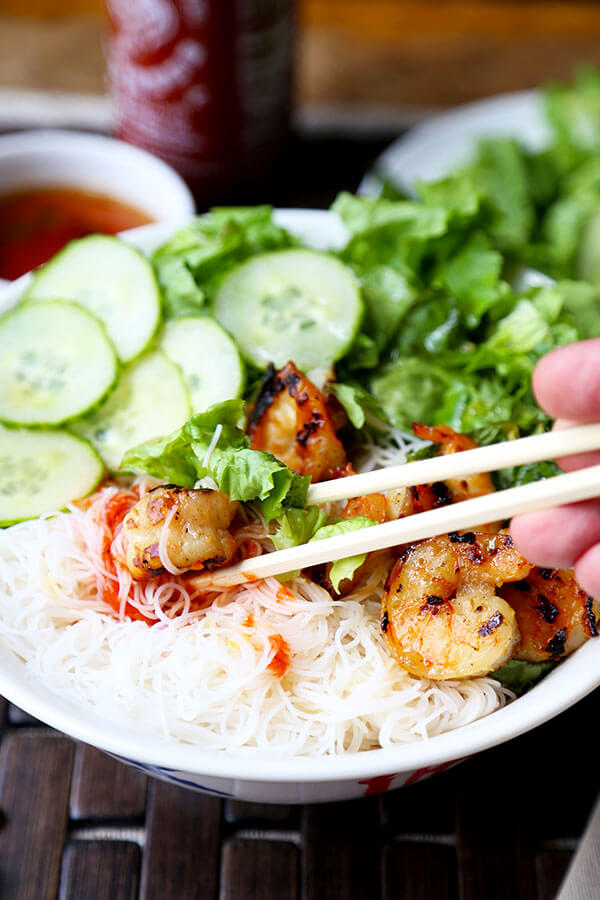 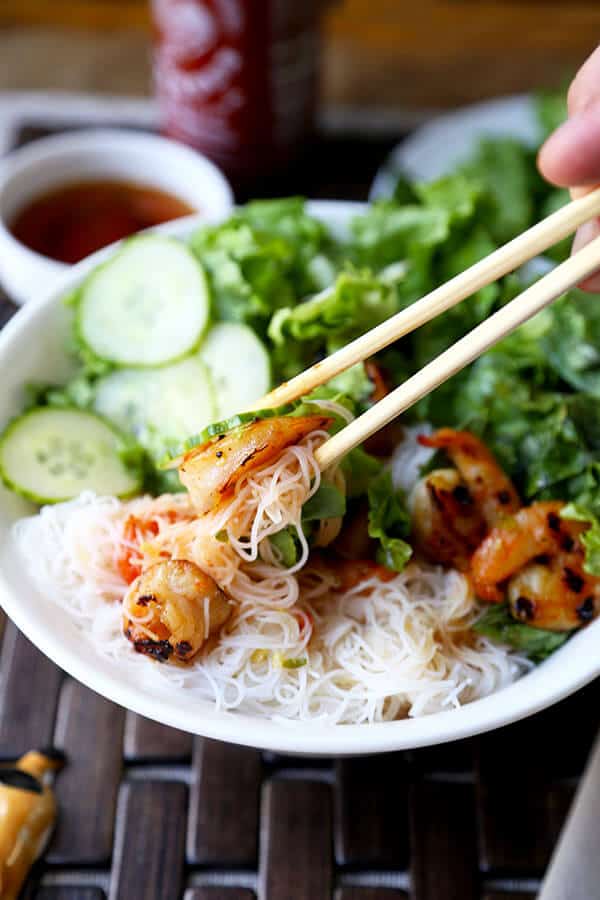 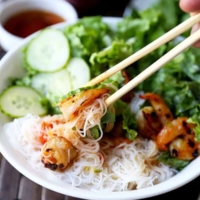 This Shrimp Bun Cha Recipe is:
Low in saturated fat
High in phosphorus 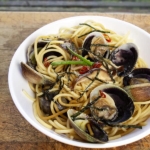 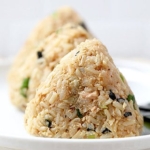 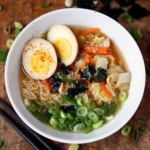