Like it spicy? This homemade taberu rayu is loaded with garlic, scallions, and ginger. This fiery red flavored oil will round out your Japanese favorites such as gyoza and ramen.

Now, there are actually two different types of rayu.

We’re making the latter today. However, this spicy rayu actually pulls double duty – and can be served however you prefer. More on that in a sec.

This addictive Japanese chili oil is Ben’s new favorite – and he has been adding it to (almost) everything. While he has an unusually high tolerance for spicy foods, I’d rate the spice level at about a 7 or so. It packs a punch!

How to Make Chili Oil

As I mentioned, this Japanese chili oil is most iconically used to round out a dish. It is the best spicy ad-in to complete a steaming bowl of tonkotsu ramen.

And it can really elevate something like a dipping sauce to new levels. Check out these easy recipes for both Japanese and Chinese dumpling sauces.

But this taberu rayu also has great crossover appeal. You could use it as a stand alone dipping sauce when eating Chinese dim sum.

Now, while rayu is typically used as a condiment, it can also technically be used as a cooking ingredient as part of a composed dish. Ben has been using it as a base for some of his late-night East-meets-West pasta inventions.

How to store Japanese Chili Oil

Rayu chili oil can be stored in a glass storage jar at room temperature for about two months. I prefer to place it in a dark, cool cupboard to keep the vibrant reddish tint from changing color due to sun exposure.

Trust me, this stuff will come in handy! You never know when you’ll need to need to make a midnight bowl of ramen or whip up some crispy, pan-fried gyoza dumplings!

As a home chef, I find it’s always a good thing to have a few condiments and easy sauce recipes in your back pocket. Hey – if you’re like me, you like to keep it saucy too!

Here are a few reader favorites:

This homemade taberu rayu is loaded with garlic, scallions, and ginger. This fiery red flavored oil will round out your Japanese favorites such as gyoza and ramen.

How to store the oil: Keep the oil in a dark storage area like a cupboard to prevent the color from changing. It will keep for about 2 months. 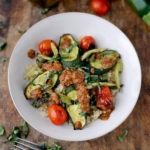 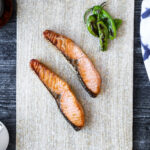 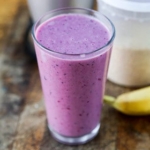 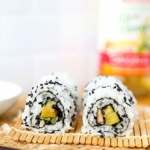 Mushroom And Zucchini Uramaki (Inside Out Roll)