Champon is Nagasaki’s most popular noodle soup, loved for its broth made with pig and chicken bones, thick noodles, and various meat, seafood, and vegetable toppings. This is a simpler and lighter version made with a mix of dashi and chicken broth, and topped with vegetables and crab sticks. Not only is it delicious, it’s also great for a quick lunch that’s filling enough to keep you energized for the rest of the afternoon.

Champon is a big part of my childhood.

Most of my relatives live in Kyushu, the southern part of Japan where they are famous for their green tea, tonkotsu ramen (ramen with a pork based broth), and mentaiko (spicy cod roe).

It’s also where Nagasaki is located. A beautiful city that’s a mix of old and new, where the Atomic Bomb Museum lives (heart breaking and yet, a must-see), where you can take a walk across the famous Meganebashi bridge, built in 1634 by Chinese monks, and where the famous Nagasaki champon hails from.

I’ve only been to Nagasaki on three occasions but have eaten champon more times than I can remember! The ones I’ve had in Nagasaki by far surpass any other champon I’ve ever tasted, but I’m not a picky eater. I’m just as happy eating champon at Ringer Hut, which is a Japanese restaurant chain selling cheap champon and gyoza. I can eat Ringer Hut every day!

And since I no longer eat red meat (although I will help myself to a bowl of champon next time I’m in Japan, as a treat) I was happy to see a recipe for champon using dashi and chicken broth, on one of my favorite Japanese food shows, Danshi Gohan (男子ごはん). The dish came out tasting delicious which meant I had to share it with you, of course!

I’ve made a few minor changes to the recipe by swapping a few ingredients, but the taste remains very close to the original dish.

Champon (ちゃんぽん), or chanpon, is a noodle soup local to the region of Nagasaki, Japan – although different versions can also be found in China and Korea. The dish is based on Hokkien cuisine which hails from Southeastern region of China. It was first served at Shikairō, a Chinese restaurant in Nagasaki, as a way to feed something filling and cheap to Chinese students living in Japan.

The dish consists of a broth made with pig bones and chicken bones that have been simmered for hours to create a rich, milky white soup.

Sliced pork, a mixture of seafood such as squid, shrimp, and fishcakes, and vegetables such as cabbage, carrots, onions, and bean sprouts, are added to a wok, and fried with lard. The soup is then added to the wok, along with the noodles, and left to simmer until the noodles are cooked. Champon is usually served in a bowl slightly bigger than the average ramen bowl.

How to Make Vegetable Champon

Aroma Oil for Ramen and Champon

Aroma oil is an oil that’s drizzled on top of ramen to add an extra layer of flavor. It can be made with a variety of ingredients such as garlic, black garlic, peppercorns, pepper flakes, ginger, dried sardines, or scallions. One of the more well known aroma oil is chili oil which is used for ramen, stir fries, and added to dipping sauces.

The cooking process is very simple:

Adding more oil to your ramen will raise the calorie count and fat content, but it will also take it to a whole new level, flavor wise. Once you start using flavor oil to season your ramen and champon, you will find it very hard to go back to just broth!

What to Serve with Vegetable Champon

As I previously mentioned, this champon recipe is nowhere near as filling as the traditional Nagasaki champon. It’s a lighter version that won’t fill you up too much so there will be room left to enjoy a few small side dishes. Some of my favorites are:

This vegetable champon recipe is a lighter version of Nagasaki champon, made with a mix of dashi and chicken broth, and topped with vegetables and crab sticks.

Make ahead of time: 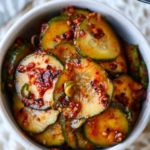 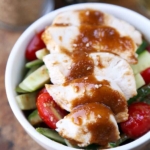 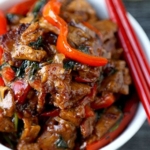 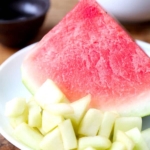