Here’s a bright green apple martini recipe that tastes just like Granny Smith apples, and requires only 3 ingredients. It’s a fun and delicious cocktail for celebrations, to enjoy with a group of friends, or as a treat after a long day at work.

What is an Apple Martini (Appletini)?

The apple martini originated in Los Angeles back in 1996 at Lola’s, a restaurant located in West Hollywood. Owner Loren Dunsworth was looking for a way to get rid of cases of Ketel One vodka and DeKuyper’s recent line of Pucker Sour Apple Schnapps, which weren’t selling. That’s when bartender Adam Karsten decided to combine the two and use a granny smith apple soaked in lemon juice as a garnish. The result was a cocktail that tasted like an apple Jolly Rancher, which became a restaurant favorite until it closed in 2013. The original name of the cocktail was called Adam’s Apple Martini, but over time just became known as the apple martini.

It should be noted that an apple martini isn’t considered a true martini because it doesn’t contain any of the original ingredients.

What Makes A Martini A Martini?

The traditional cocktail recipe for a martini consists of gin and vermouth served in a martini glass and garnished with either an olive or a lemon twist. Even though it is common to see vodka based martinis, like this one, the classic version should always be made with gin.

What Makes A Martini Dry?

A dry martini refers to how much vermouth you use in your martini. For a dry martini, you want to use less vermouth. A wet martini will have more vermouth and is generally a little sweeter in flavor.

While some bartenders will use a mix of Triple Sec or Cointreau, which are orange liqueurs, lemon juice, and simple syrup to make an apple martini, mine is a stripped down version, only using three ingredients. But it’s just as delicious, I promise!

Here are several other ways to tinker with this delicious drink:

How To Make An Apple Martini (Appletini)

This is a very easy cocktail to prepare which makes it ideal for celebrations such as a baby shower, a birthday, Thanksgiving, Christmas, and the list goes on. Just make sure you have a freezer full of ice since you’ll be doing a lot of shaking! 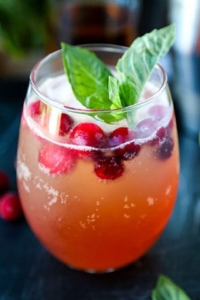 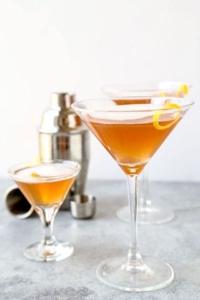 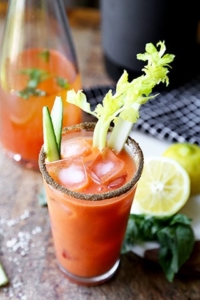 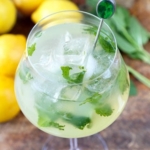 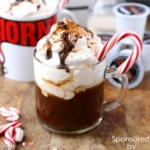 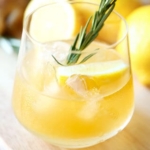