This easy recipe for sliced baked potato (Hasselback) comes with melted gruyère cheese, chives and freshly chopped rosemary. They are salty, savory and so comforting! 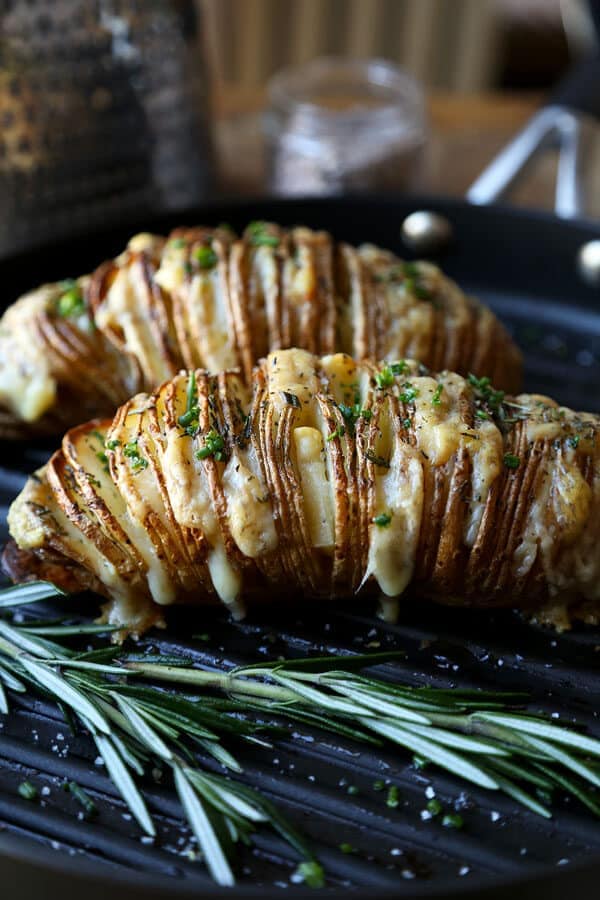 Ah the potato. It’s one of those foods I can’t live without and always – I mean forever and always – look forward to eating. I love potatoes in all shapes and forms and also love the fact that they are really easy to manipulate. You can add pretty much anything to a potato and it will come out tasting not just great, but amazing!

It’s basically a baked potato that’s been sliced into thin slits, brushed with butter or oil and topped with your topping(s) of choice. 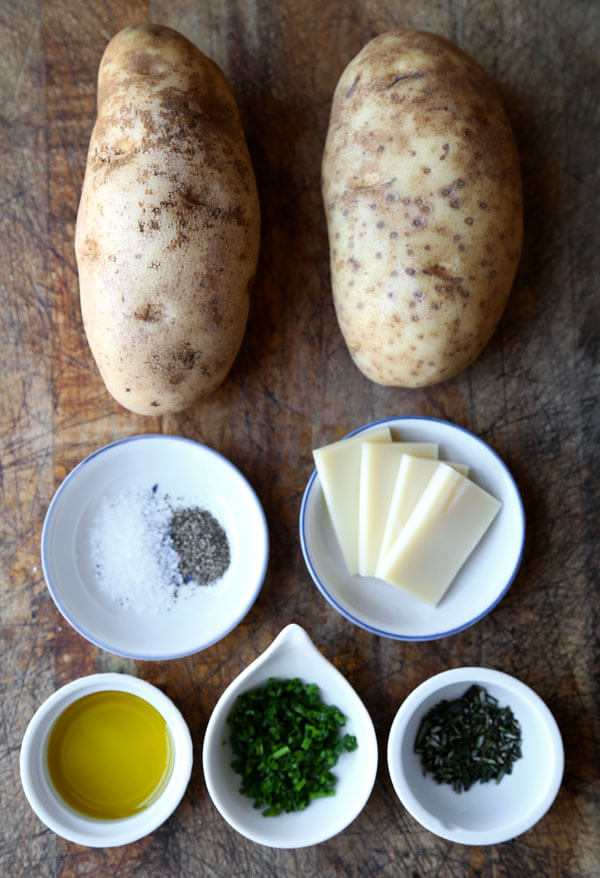 This sliced baked potato recipe uses extra virgin oil to make the outer edges crispy like a potato chip, and gruyere for a fluffy and cheesy inside. Yummy yummy! I’ve also added fresh chives and rosemary to add rusticity and something refreshing to cut through to heaviness.

I picked gruyère because it’s one of my favorite cheeses.

Make sure you get good gruyère and not the kind sold in grocery stores as the result of this recipe will vary greatly. It’s the difference between having an outstanding tasting potato or something mediocre.

Cheap gruyère is plastic, rubbery and quite plain, while good gruyère cheese has crystalized bits, almost melts in your mouth and has an intense, sweet, nutty and salty flavor. Look for Le Gruyère AOP Reserve, Alpage, or Gruyère Salé – all favorites among cheese experts. 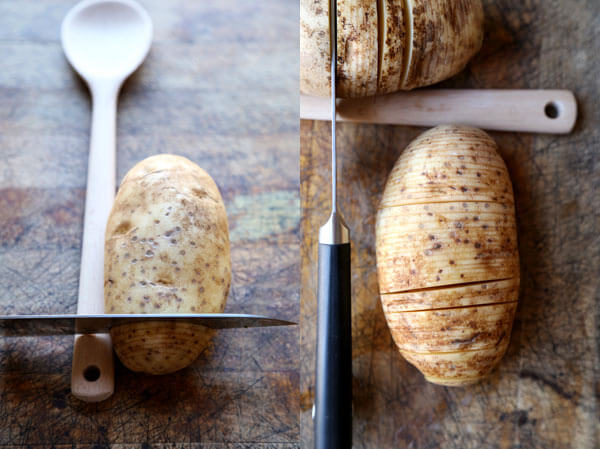 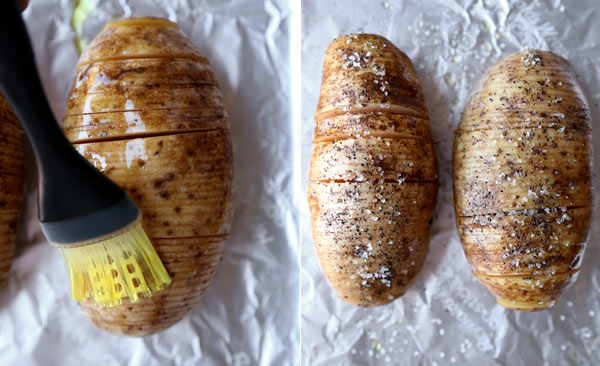 The ingredients for this sliced baked potato recipe are interchangeable; you can swap rosemary for fresh thyme or parsley, or chives for chopped scallions. You can also top it with caramelized onions for a French onion soup style Hasselback potato! The topping options are endless. 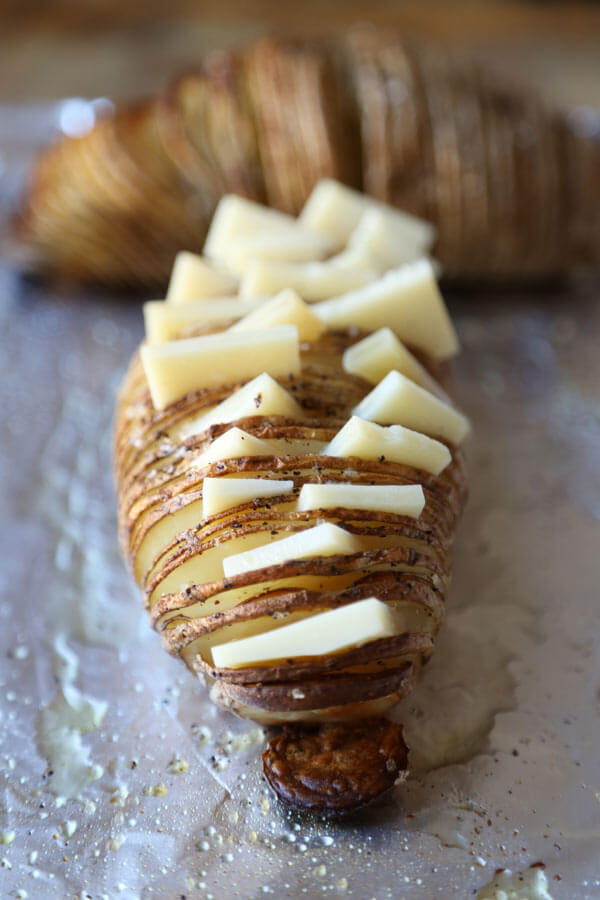 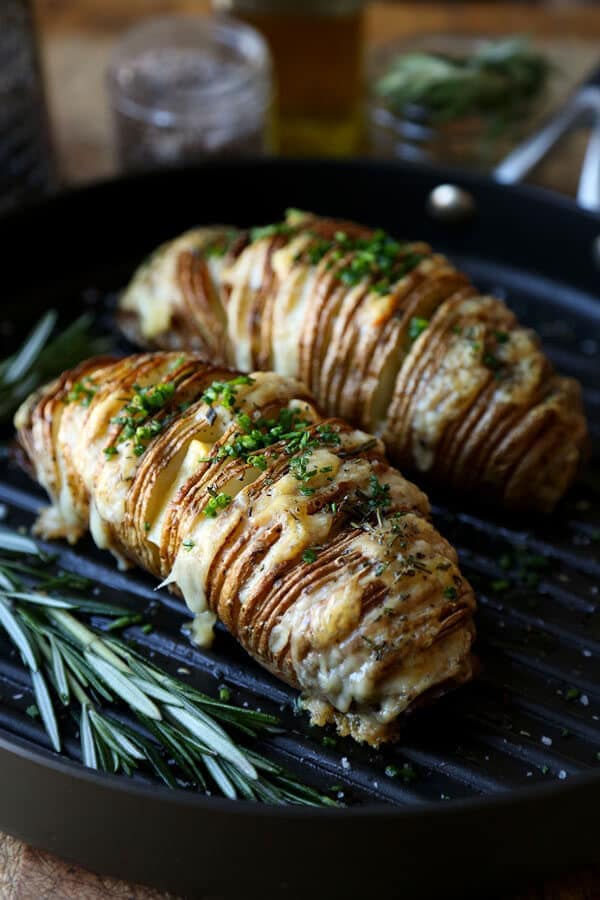 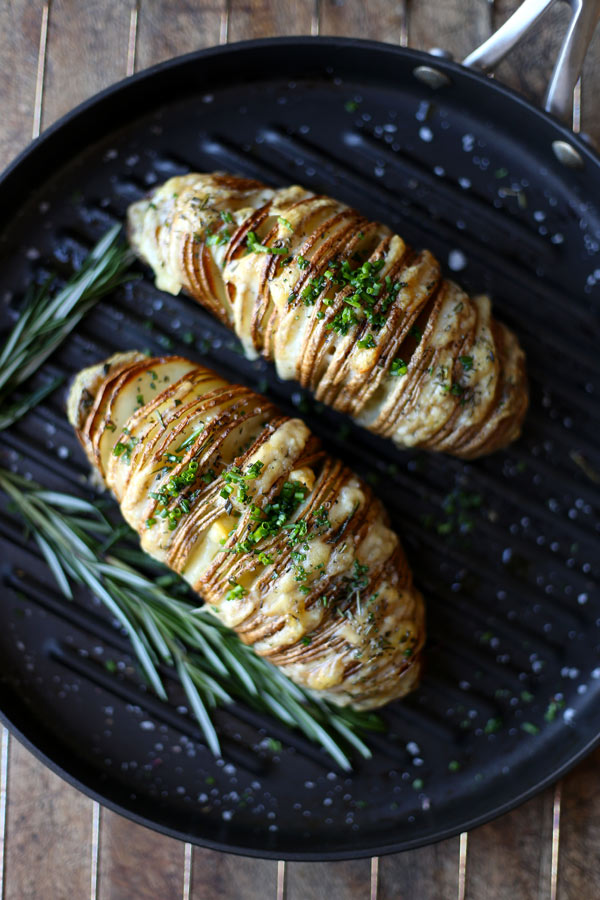 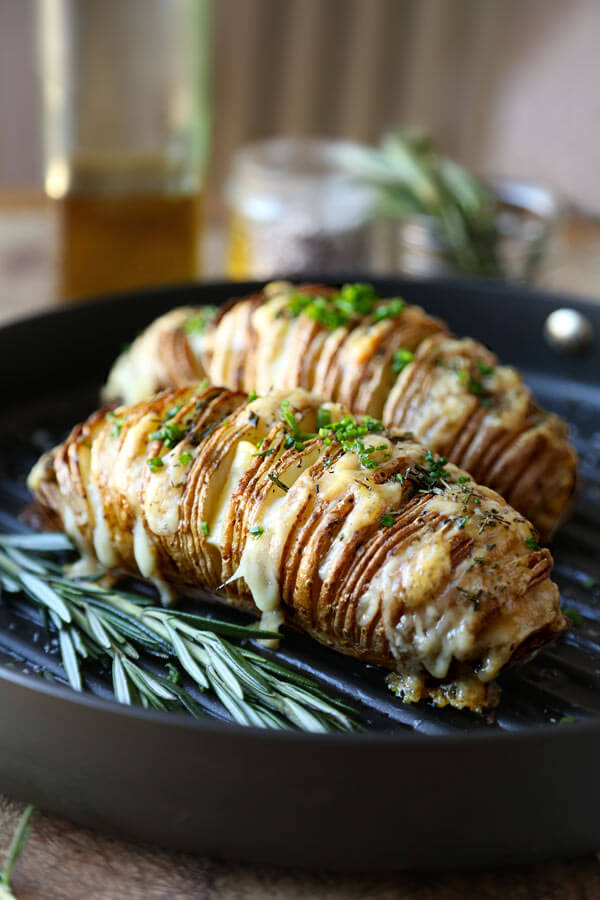 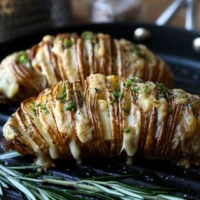 This easy recipe for sliced baked potato (Hasselback) comes with melted gruyere cheese, chives and freshly chopped rosemary. They are salty, savory and so comforting!

This Sliced Baked Potato Recipe Is:
Low in sugar
High in vitamin C 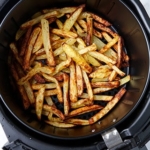 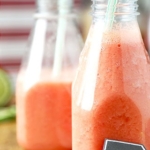