All there is to know about Japanese Miso Paste – the fermented, savory, umami loaded wonder food used in everything from pickles to stir-fries to miso soup! 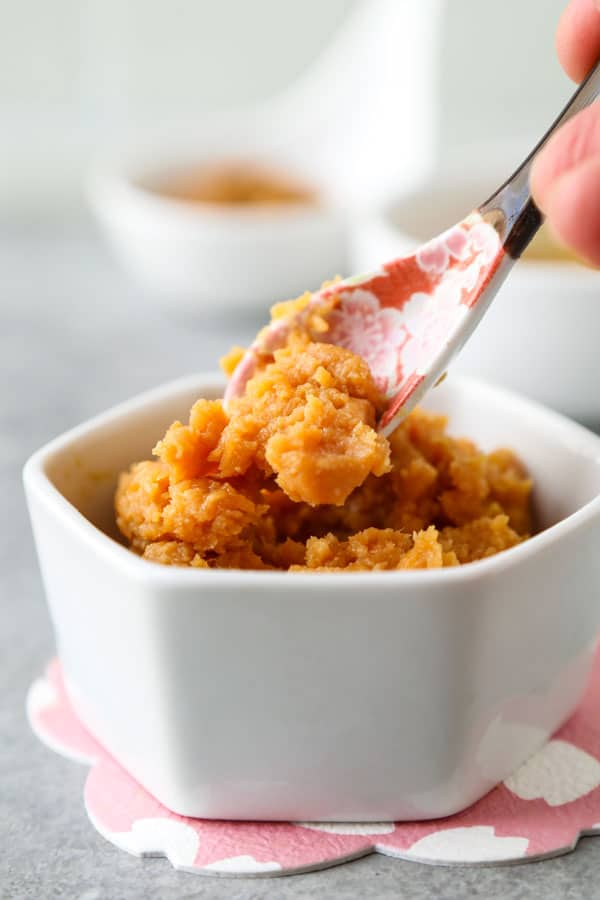 Sure, most of us have tried miso soup.

But that delicious and popular soup is just the tip of the iceberg when it comes to the wonders of Japanese miso paste.

Buckle up… Today we’re going to dive deep on miso!

What is Miso? What is miso paste?

It’s produced by creating a mixture of soybeans with a koji starter made of rice or barley.

Now, koji is actually a mold called aspergillus oryzae – and aside from being used to produce miso paste, it’s utilized in the production of some vinegars and even Japanese sake!

The koji breaks the molecular structures of the soybeans and rice grains into amino / fatty acids and simple sugars.

The byproduct of this yummy fermented science project is the salty, funky, umami-loaded miso paste that is used in everything from miso soup to making pickles.

Most of what we eat in the US and in Japan is Kome Miso (米味噌) which is made from rice koji.

However, I’m also a huge fan of something called Mugi Miso (麦味噌) which is a chunkier miso made with barley – with a deep, rich and heady flavor. It’s used a lot in Southern Japan – so when I visit my mom in Fukuoka, I get to indulge 🙂

But just calling this magical tasting concoction Japanese soybean paste is a bit of an oversimplification.

Let’s take a deeper look at the ins and outs of miso paste! 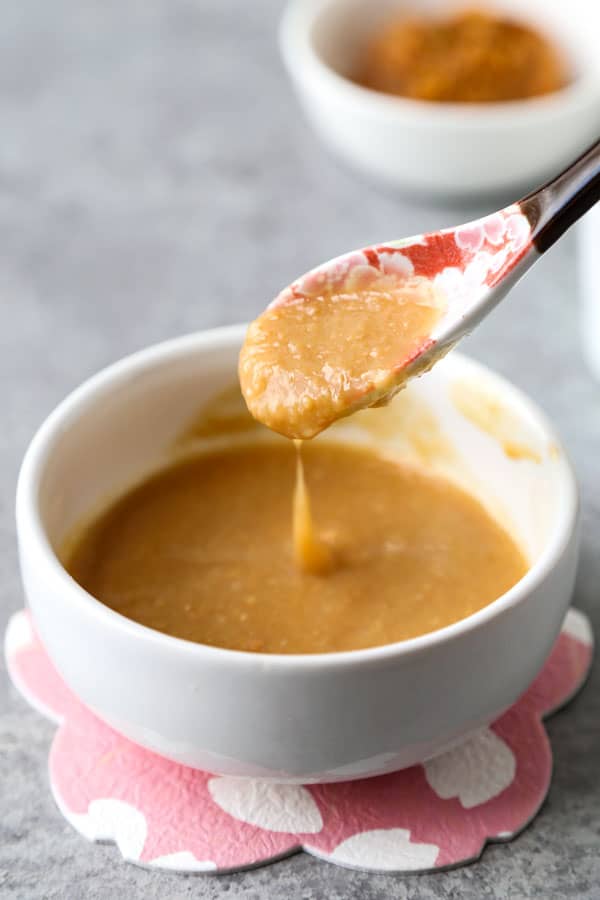 At its core, miso tends to run the gamut from mildly savory, sweet and light – to a deeper, earthy umami-loaded richness.

Most of those variations in flavor come down to the fermentation times and variations on the quantities of soybeans, grains and koji starter used in production.

The unique tangy saltiness that miso brings as a flavoring agent means that it’s one of my most used ingredients in the kitchen.

Miso has the unique ability to either lightly augment a recipe or become the main flavor depending on how it’s used. It can really elevate the flavors of a dish effortlessly.

Heck… if you’re running low on soy sauce, miso may even be able to help. You see, miso paste definitely has a level of umami at play that rivals that of soy sauce. And while tamari or liquid aminos might be a better alternative to soy sauce as a dipping element – if you’re in a pinch, trying to up the levels of salty/savory in a composed dish, miso paste might be able to stand in!

However, just calling the flavor salty doesn’t begin to do it justice. There are a few different types of miso – and depending on which you’re using, the flavors can run the gamut from salty to earthy to fruity to savory. 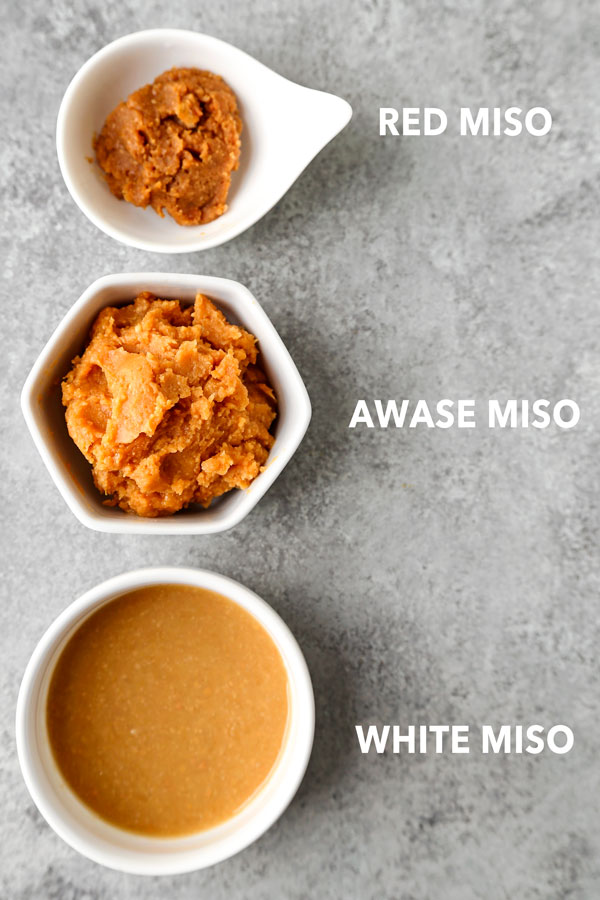 How do I use miso?

Miso does a little bit of everything.

Think of miso paste as the star utility player in your pantry. It’s an ingredient that does a ton of things well inside the Japanese food lexicon.

Most of us have had miso when it’s mixed in with dashi stock and served as miso soup at a Japanese restaurant.

But it might surprise you to know that miso paste is used heavily in sauces, marinades and as a pickling agent for vegetables.

Stir fries are imparted with a TON of umami depth when a bit of miso paste has been added to the wok.

Basically, miso paste is one of the most versatile ingredients in your arsenal of Japanese goodies.

Oh, and if you’re wondering how to make miso soup, check out a simple recipe here. 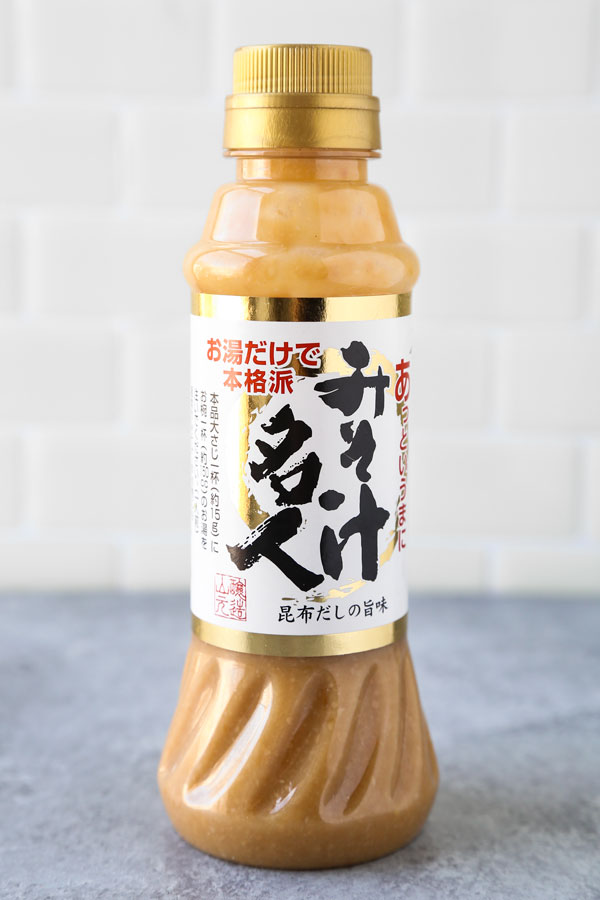 Where to buy miso paste

When I was growing up in Quebec, my Japanese mother had a tough time getting Japanese ingredients for her pantry.

We’d have to go to the one (and only) Japanese grocery store that existed in Montreal at that time. Then she’d spend a small fortune on imported ingredients that weren’t yet common finds in North America.

Welp. We now live in the future. Hooray!

Not only are Asian grocery stores in more places than they ever were before – but miso paste is probably at your corner shop as well!

Where do you find miso paste at the grocery store?

A good place to look for miso paste at your local grocery store is in the fresh refrigerated section (next to the fresh noodles, tofu, kimchi, meat substitutes, etc).

If you don’t find it there, I’ve seen it next to the milk, eggs and yogurt in the dairy cases before as well.

And your own shop may have an international foods section, so it doesn’t hurt to do some exploring.

Of course, you can totally find miso on Amazon as well:

Yep – I have big plastic tubs of red, white and mixed miso paste in my own refrigerator.

Heck, I’ve even been playing around with a new liquid miso I found the other day at the Japanese grocery store. Stay tuned for more on that once I’ve perfected using it in the kitchen! 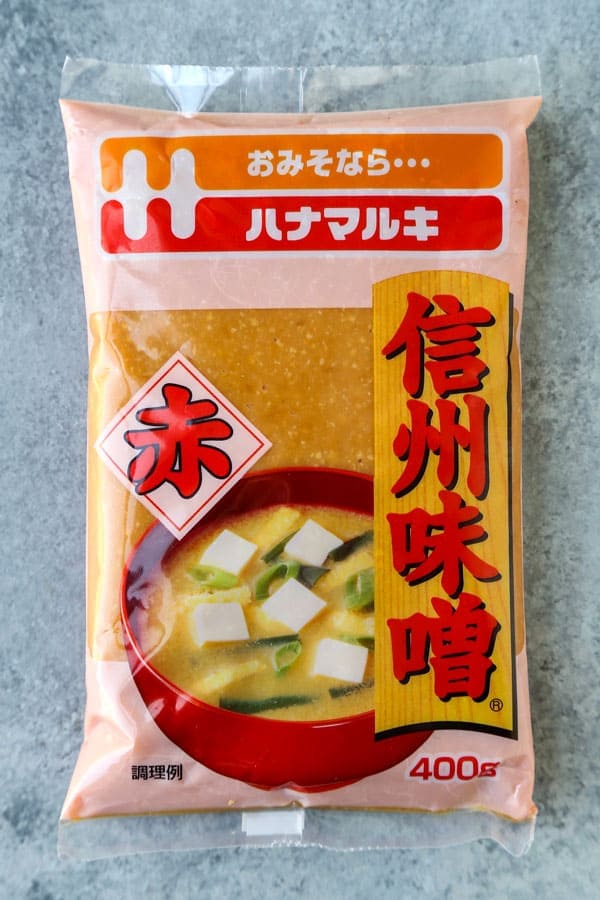 Fermented foods (like kimchi, sauerkraut, yogurt, etc) are known to be energizing and stimulating for the digestive system.

Miso is comprised of a mixture of fermented grains and soybeans that contain myriad beneficial bacteria that our guts rely on to keep us in all-around good working order.

However, it can be a different story with miso soup. You see, as most miso soup relies on dried bonito flakes as a major flavor element in the soup’s dashi base – most miso soup is not vegan.

But when cooking with miso paste, you can feel confident that it is definitely plant based 🙂

What is a good substitute for miso?

This is usually the spot where I tell you something like… No miso? No problem.

And while the sky will not fall if you run out of miso paste, there just isn’t an excellent plug-and-play substitute for miso paste.

Now if your plan was to use miso to introduce a bit of saltiness to a recipe, you could substitute a bit of soy sauce instead. Japanese shoyu has some of the same umami properties that miso does.

However the hard and fast fact is that nothing will nail the nuance and depth of flavor of a good Japanese miso paste quite like, well… miso 🙂 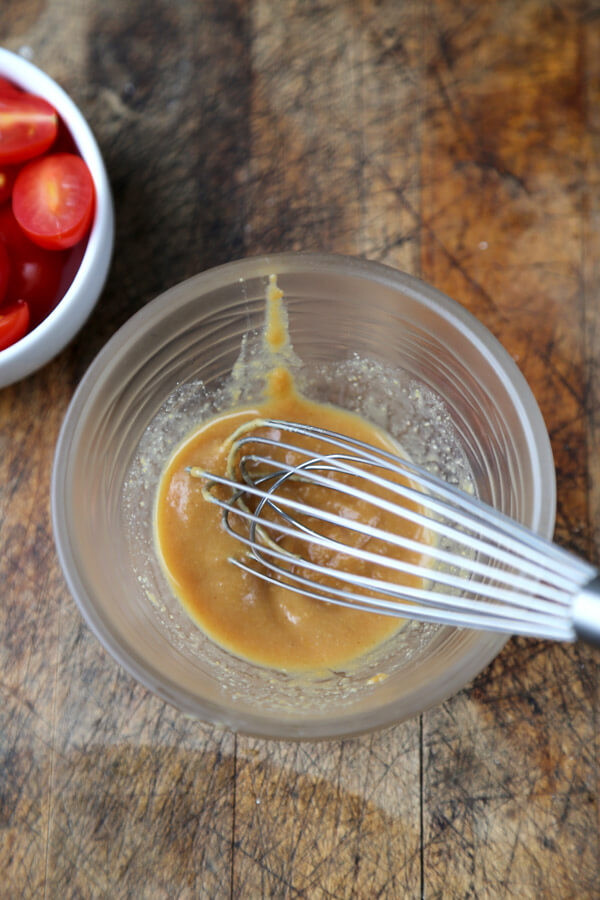 How long does miso paste last?

As mentioned, miso is a fermented and preserved food. As such, it has a pretty high salt content – and can last an unusually long time provided it’s refrigerated.

Now, the rule of thumb is that miso paste should be in good shape – and suffer no degradation of flavor – for a year. But as long as it’s covered, it’ll likely last longer than that.

You might notice that your miso paste may get a bit darker over time when it’s stored in the fridge – but that in itself isn’t a bad thing. Amino acids in the soybeans tend to react with sugars and cause a general browning.

As always, use your best judgement. If it looks or smells off, bin it.

That said, I have never had to toss out a container of miso before I used it in full. And I’ve pretty much set aside ¾ of the bottom shelf of my refrigerator for my copious containers of miso, ha! 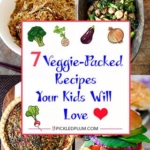 7 Veggie-Packed Recipes Your Kids Will Love 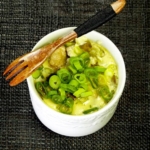 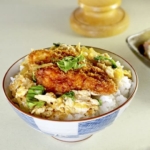 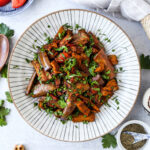 Stir fried eggplant and seitan with garlic and tomato