There will be no leftovers when you make this flaky and buttery Dutch Apple Pie Recipe. Homemade apple pie with a crumb topping of brown sugar and oatmeal – this indulgent dessert is ready in an hour from start to finish! 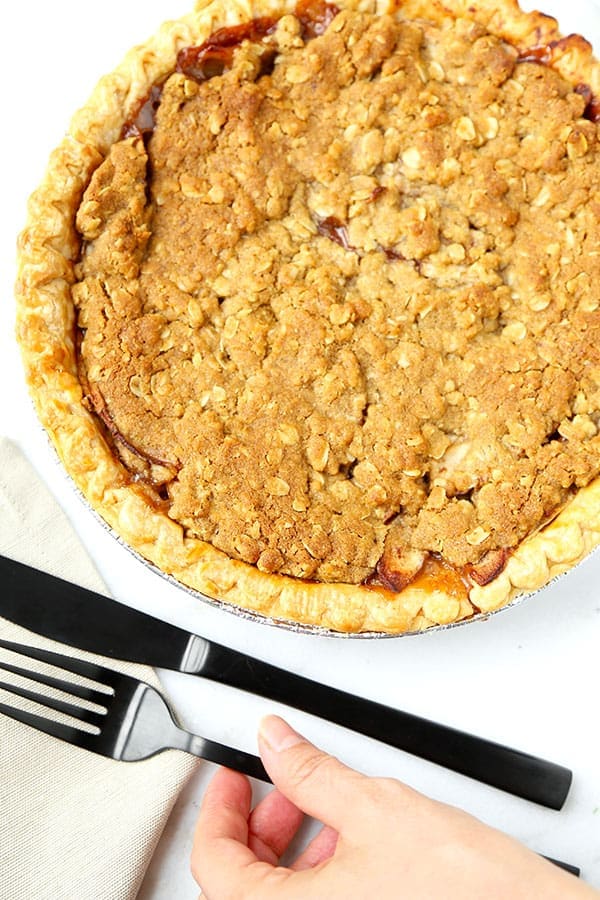 Have you ever made something so good that you worried for the safety of the leftovers?

Not that someone would do them harm physically, but just that they might be devoured at and unfairly quick pace.

Unfortunately, that food-crime happened recently in our kitchen.

I call it the case of the missing Dutch apple pie. Ben has another take on the matter and refers to it in far less pejorative terms: midnight snack. When all that’s left in the morning are poor crumbs in an empty pie mold. 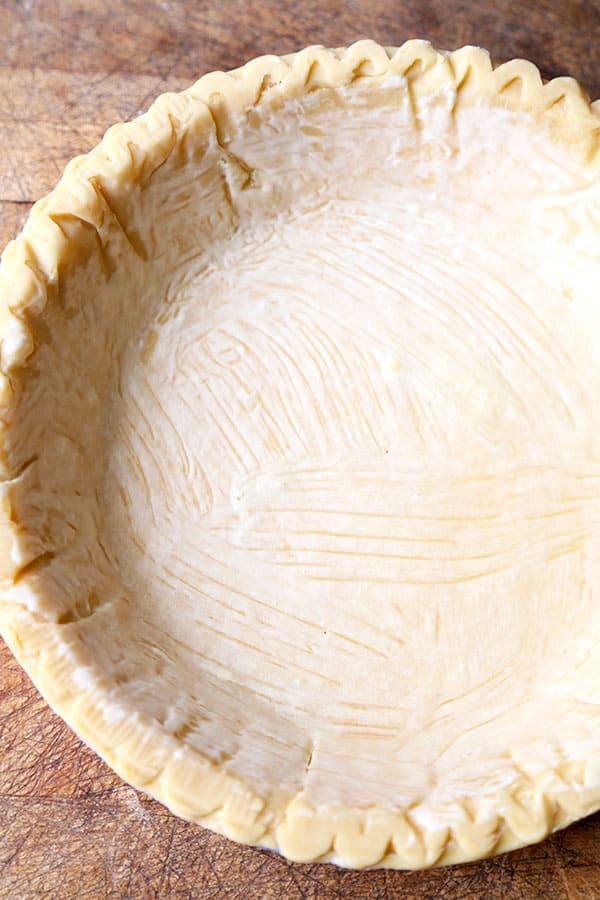 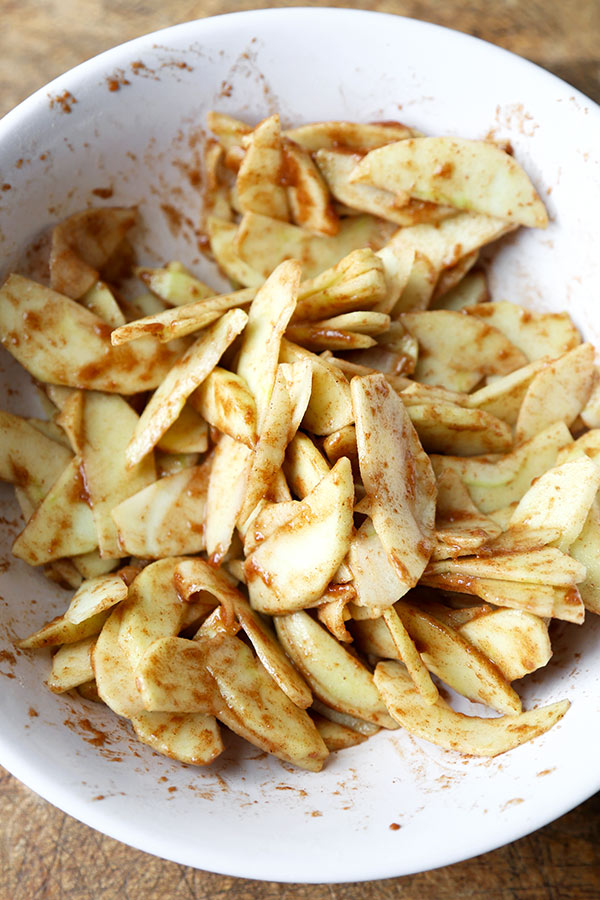 Trust me – I’m thrilled that my apple pie was so good that it couldn’t be resisted!

But I’d prefer to wake up with one little slice left for me to enjoy.

Things have gotten better since that incident as I now hide a piece for myself way, way back in the fridge. That way I can sleep soundly knowing there will be pie for breakfast.

The secret to this Dutch apple pie is the streusel topping. Oatmeal and brown sugar are mixed with a bit of flour, butter and olive oil.

Once the crumble has baked in the oven it turns into chewy, crumbly magic. Isn’t brown sugar crumble the best? With its mild caramel taste it elevates the entire dish and gives it more depth of flavor.

Most crumbles are made using all butter but I wanted mine to be a little healthier than average. So I swapped some of the butter for extra virgin olive oil. It didn’t make any difference to the taste or texture which was great news for me, the girl who always tries to healthify everything. 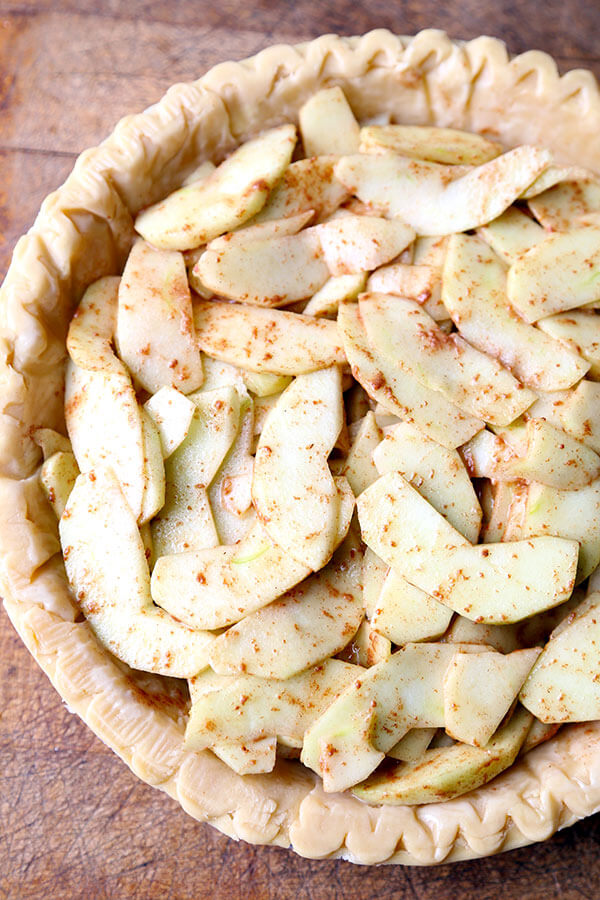 What’s the Difference Between a Dutch Apple Pie and an Apple Pie?

What About French Apple Pie and German Apple Pie?

German apple pie on the other hand doesn’t have any topping nor a pastry top and the filling includes heavy cream.

This is obviously a debatable subject since it depends on personal taste. But if you ask me, I prefer using Honeycrisp apples for their light and crisp texture and super sweet, juicy and tangy taste.

Even though a traditional Dutch apple pie is made with mildly tart apples such as Goudreinet or Elstar, I find that Honeycrisp apples give it an extra boost of flavor and a more pleasant texture.

But you can also use Granny Smith apples for the filling if you cannot find Honeycrisp. They are just tart enough to counteract the sweetness of the other ingredients in this indulgent Dutch apple pie. 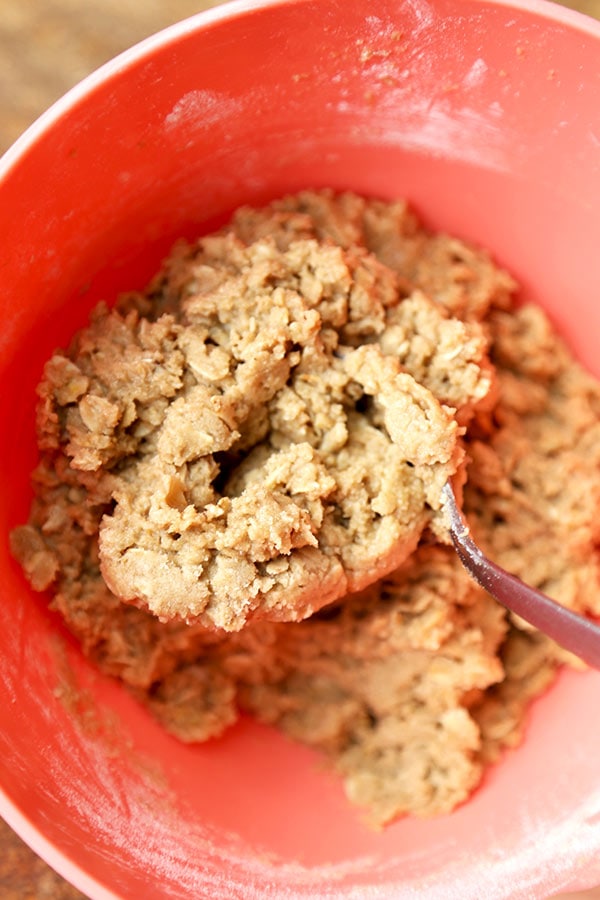 How To Make An Easy Dutch Apple Pie

You will need 12 ingredients to make this apple pie:

The first step to making an easy Dutch apple pie is to buy your pie crust instead of making it from scratch. You can easily find frozen pie crust at the grocery store.

You know by now that I’m not a baker by nature. I make great stir fries and curries but don’t ask me to make croissants or macaroons because I will run for the hills.

Now that you have your pre-made pie crust, brush the pie shell with some egg white and let it dry. This prevent the crust from getting soggy by acting as a barrier from moisture.

Peel, core and thinly slice your apples and place them in a large bowl.

In a separate bowl, combine 2 tablespoons flour, granulated sugar, cinnamon, nutmeg and allspice. The spices nicely balance out the flavors and give the pie a nice holiday flair. This mixture is then mixed in with the apples and added to the pie crust.

Take the pie out of the oven and top with the crumble. Lower the heat to 375ºF and bake for 30-35 minutes, until the apples are soft.

This Simple Apple Pie Tastes Like a Slice of the Holidays

The textural differences between the flaky bottom crust, the gooey apple filling and the chewy and crumbly streusel topping were a complete mouth party.

It also didn’t hurt that this pie tasted like a slice of the holidays!

And there is a happy ending to the case of the middle-of-the-night disappearance of the Dutch apple pie.

I just made another one! Is there anything you’ve made that was so delicious that you knew the leftovers wouldn’t make it through the night? I’d love to hear about it. Hit me up in the comments! 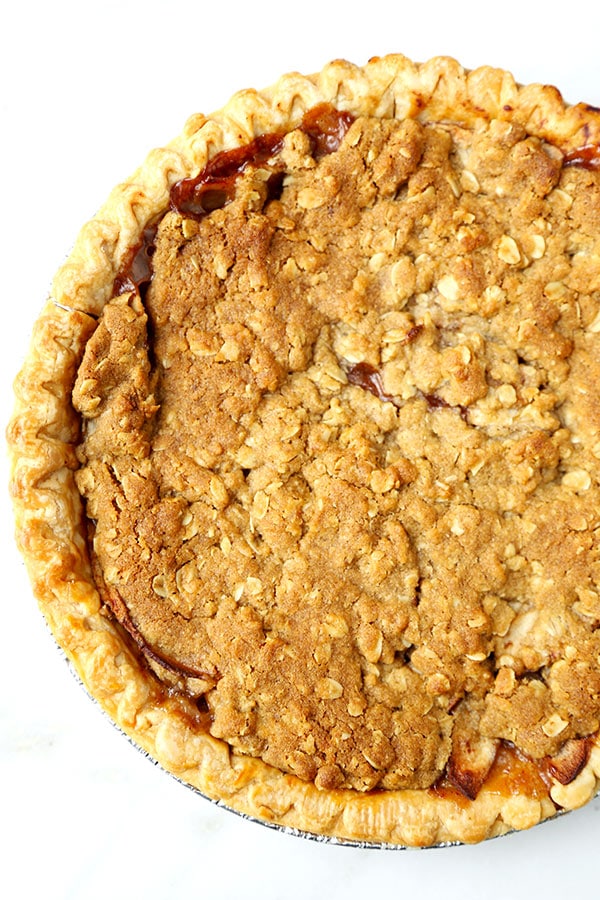 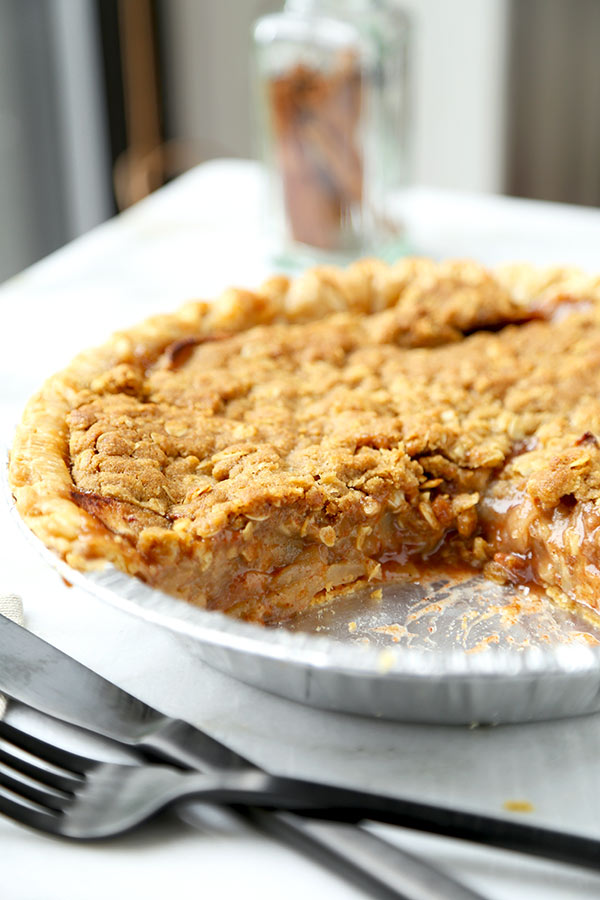 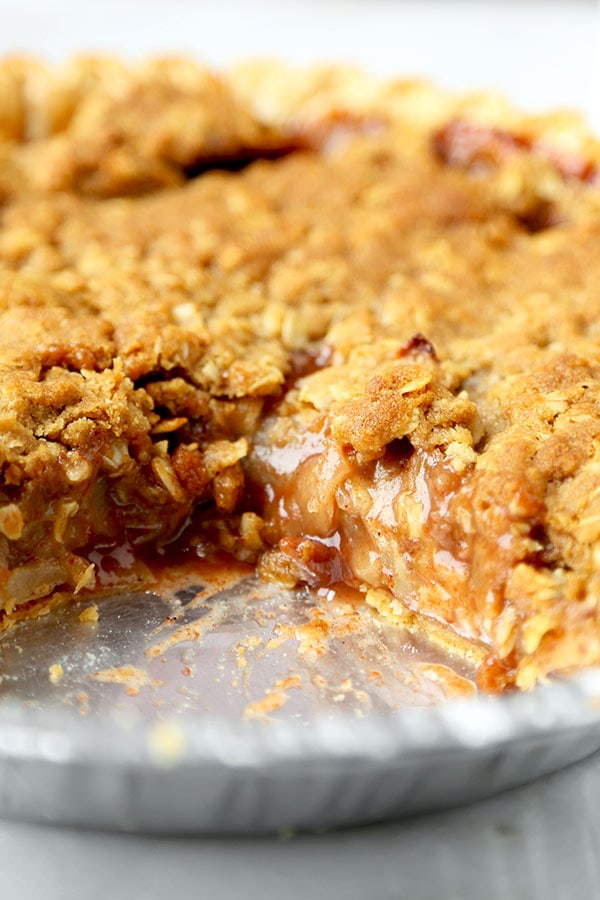 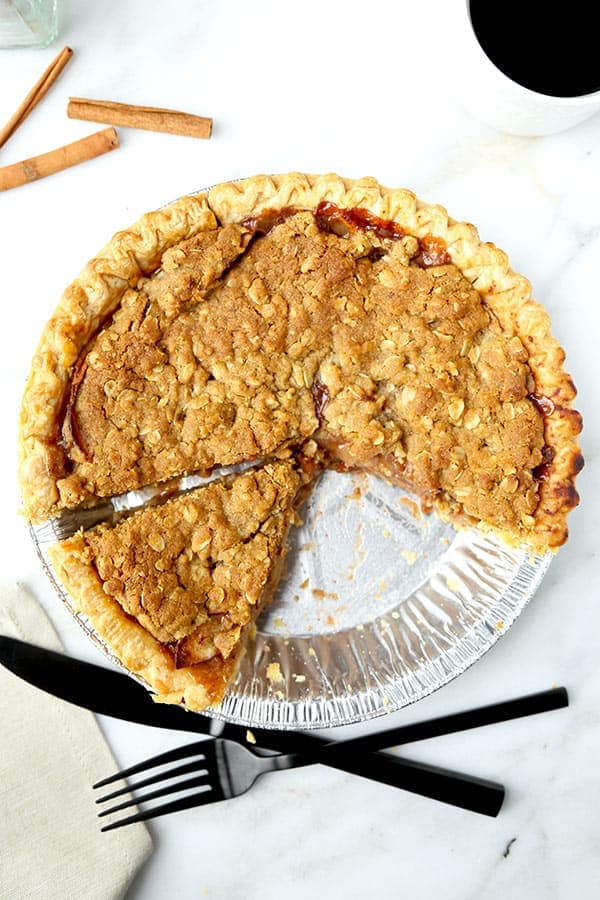 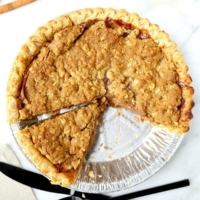 There will be no leftovers when you make this flaky, chewy and crumbly Dutch Apple Pie Recipe. This indulgent dessert is ready in an hour from start to finish!

This Dutch Apple Pie Recipe is:
Very low in cholesterol
Very high in vitamin B6 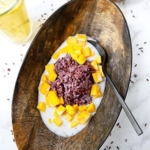 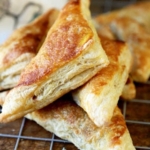 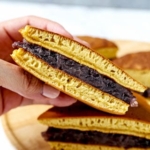 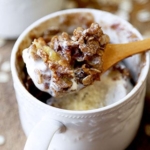