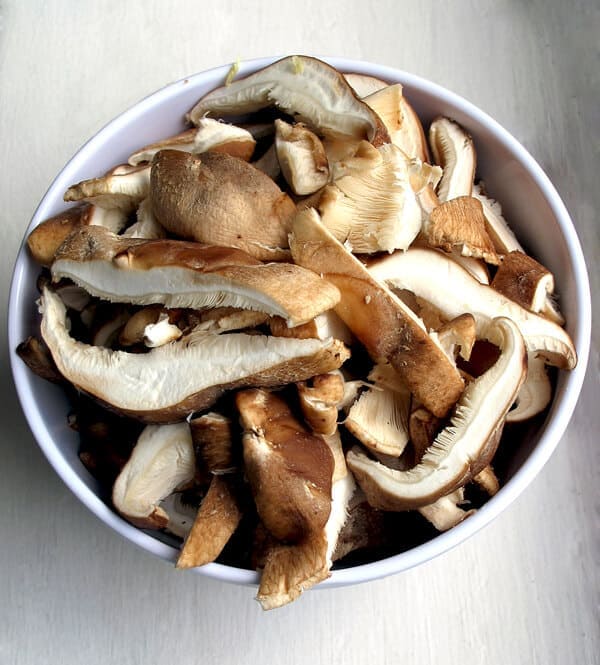 Sometimes referred to as ‘black forest’ or ‘sawtooth oak’ mushrooms, Shiitake (しいたけ) mushrooms (and specifically dried shiitakes) are a staple necessary to create some of the most pronounced flavors in Japanese cuisine.

What are Shiitake mushrooms?

Shiitake mushrooms are used throughout East Asian cuisines both as an ingredient and as an earthy flavoring agent. The mushroom flesh is seen in Japanese dishes from nabe (hot pot) to chawanmushi (creamy egg custard) – and the broth is widely used to flavor soups.

While the caps are ubiquitous throughout Japanese cooking, the stems are rarely used as they are much tougher in texture.

If you’re planning on grilling shiitake mushrooms on the BBQ – or whipping up a quick veggie stir fry – fresh shiitakes will cook quickly and have a springy, pliant texture. In many cases where the mushroom flesh is being used as the focal point of the dish, it may be beneficial to use fresh.

However, rehydrating dried shiitake mushrooms also has a place in the kitchen. And this technique can be even more effective when you need to capture the savory essence of the mushroom for a dish.

You see, the process of sun drying shiitakes draws out the umami – or fifth taste – that is inherent to things like mushrooms, soy sauce, Parmesan cheese and tomatoes. And rehydration by soaking in water yields a deep, earthy flavor in both the mushroom flesh and the leftover water used for soaking.

The best part about soaking dried shiitake mushrooms is that both the flesh and the soaking liquid are usable. You can use the liquid as a base for vegan dashi, gravy, or in a clear soup instead of stock or bouillon – and the rehydrated mushrooms return to their original form somehow tasting more mushroomy.

I use a combination of the rehydrated shiitake flesh and soaking liquid in my vegan mapo tofu recipe – and the outcome is a dish that has a hearty and soulful meatiness to it while remaining 100% plant based.

How to rehydrate dried shiitake mushrooms

If you plan to use the mushroom stock for cooking, a good rule of thumb is about 3 1/2 cups hot water per each ounce of dried mushrooms. That should yield a nice concentration of flavor.

You can cook with the broth immediately – or store covered in the fridge for up to a week.

Where to buy shiitake mushrooms

You’ll have no trouble tracking down fresh shiitake mushrooms in the produce section at your local grocery store.

As for dried shiitake mushrooms, you can find them – whole and sliced – at most Asian grocery stores. Or pick them up on Amazon:

How to store shiitake mushrooms

Fresh shiitake mushrooms are usually good for between 1-2 weeks from the date you bought them at the store. Of course, that depends on how fresh they were when you first picked them up. Store them in a paper bag as opposed to plastic in the fridge. Discard them if they begin to get a slimy film on the outside or develop pronounced dark spots.

Dried shiitake mushrooms, on the other hand, should last for a long time provided they are stored in a dark, dry spot – away from any heat source. I’ve kept dried shiitakes in a sealed plastic container for up to a year. As always, use your best judgement – and check that use by date. 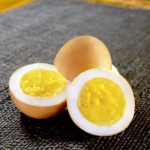 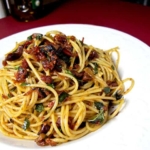 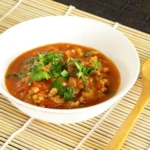 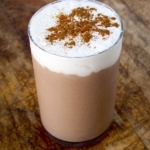