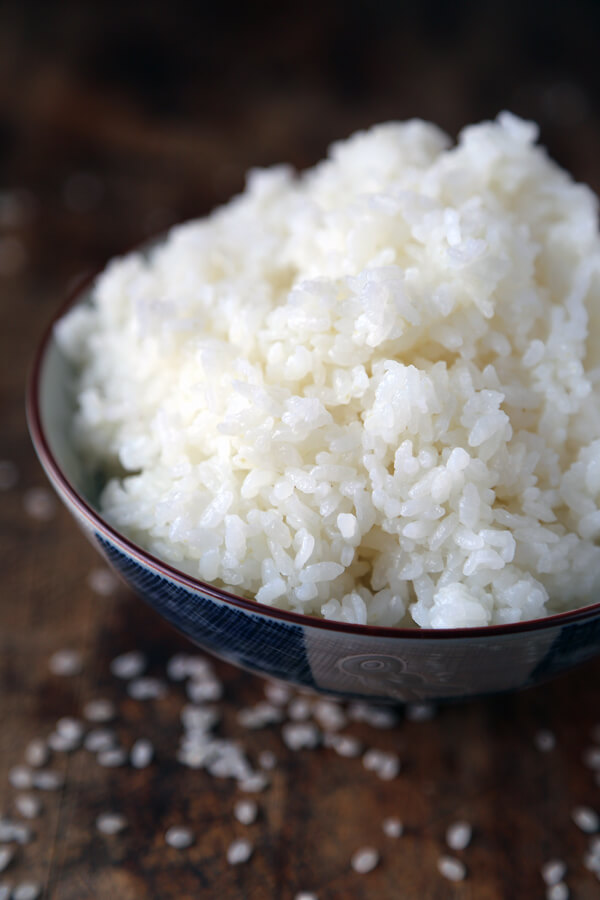 Rice is everything in Japanese cuisine. Before the 8th century, it was used as currency. Even the names of mealtimes illustrate how deeply entwined Gohan (kanji) [rice] is in the food culture of Japan. Breakfast: asa-gohan, lunch: hiru-gohan, and dinner: ban-gohan literally translate into ‘morning rice’, ‘afternoon rice’ and ‘evening rice’. Most of what is produced for consumption is called hakumai – or polished white rice.

It’s the foundation of Japanese cooking, served with nearly every meal. A short grained glutinous rice which is more sticky, and usually made for the production of mochi, is called mochigome and sits in the number two spot. Rice needs to be well rinsed before cooking which releases excess starch. It is then soaked in water. 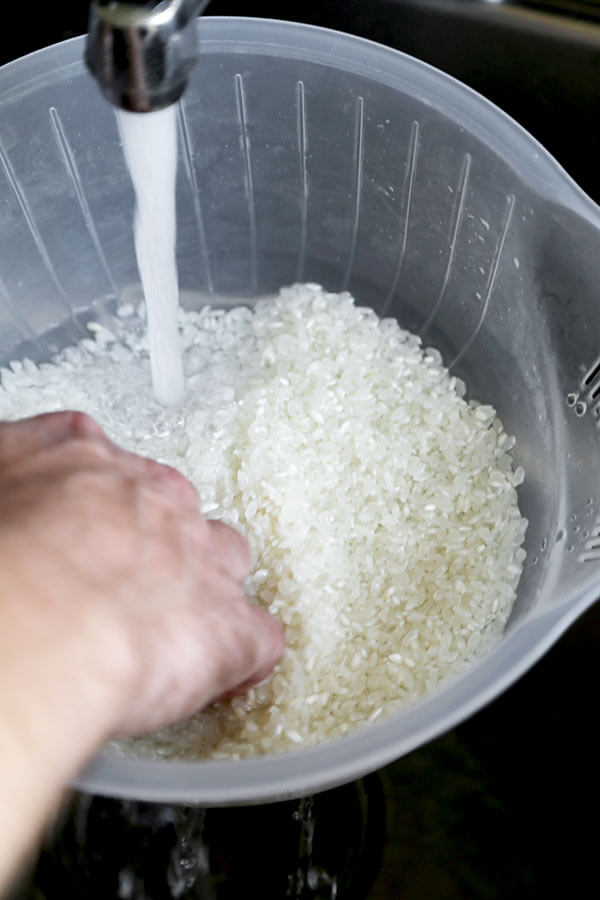 Most Japanese households have rice cookers that take care of the cooking process – and the more modern machines even factor in extra time after pressing the start button for soaking the grains.

But stove-top preparation is an option as well. There is a saying in Japan regarding properly cooked rice that, “the rice is standing up.” Well-cooked Japanese rice has a look and texture that is glossy, tender and somewhat chewy, but not sticky.