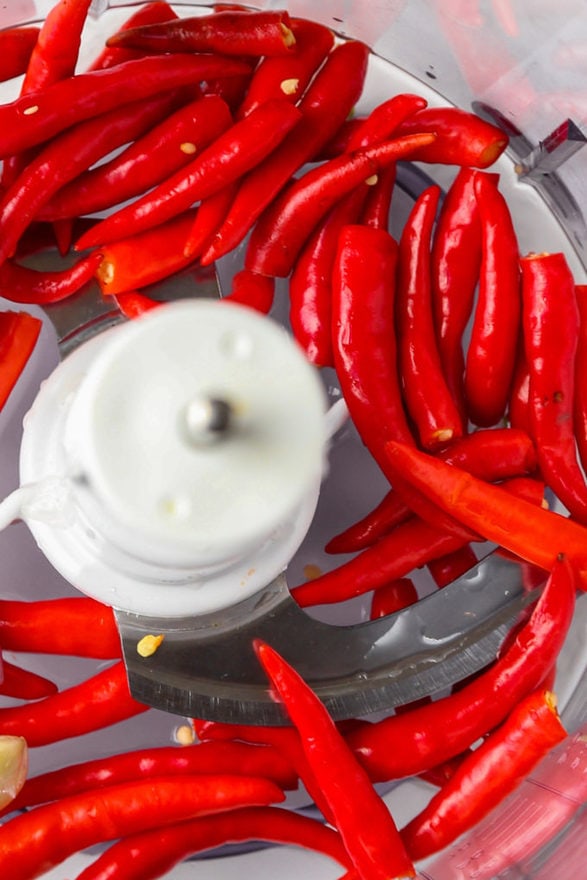 Small, fiery and grown by almost everyone in the Kingdom, Thai chili, or Bird’s eye Chili (Phrik Khi Nu, พริกขี้หนู) – translated literally into ‘mouse dropping chili’ – is in many Thai dishes lending a heat and potency that belie their tiny size.

Red (ripened) and green (younger with a more immediate heat) in color, it is rumored that the smaller chilis are the most spicy – but they’re all substantially hot, far surpassing Jalapenos in terms of Scoville units. But these chilis don’t just bring the heat.

There’s a subtle fruitiness at play in the flavor profile.

Aside from being used extensively as a cooking ingredient, they can also be found, chopped and marinated in fish sauce on almost every Thai table, providing the option to add sodium and fire to your dishes as you see fit, much like Western salt and pepper shakers.

A word of caution: as with the handling and cutting of any chili, you should definitely avoid rubbing your eyes until you’ve scrubbed your hands with soap and water (like 5 times!).