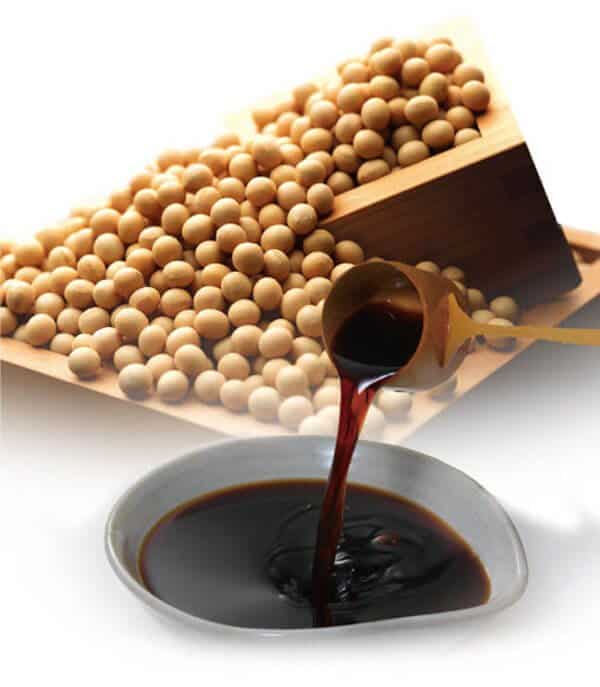 What is Soy Sauce?

Soy sauce is a liquid condiment that originated in China. Made from fermented soybeans, grains (usually wheat), brine and bacterial cultures, this salty, earthy liquid lends the umami flavor we have come to associate with Asian foods. In Japan, there are many types of soy sauce, ranging from light, sweet and salty to thick, dark and briny.

A staple throughout all of Asia, used as an ingredient and condiment, soy sauce (しょうゆ) is made from boiled soybeans, grain that has been roasted, yeast and mold cultures.

There are five main types of shoyu in Japan; koikuchi (“thick taste”) is the most common, followed by usukuchi (“thin taste”), a saltier and lighter version that does not alter the color of the ingredients. Other varieties include tamari, a darker and richer sauce, shiro (“white”) and saishikomi (“twice-brewed”).

Some of the best known brands of Japanese soy sauce are Kikkoman, Yamasa, Lachoy, San-J, MUSO and Marukin. 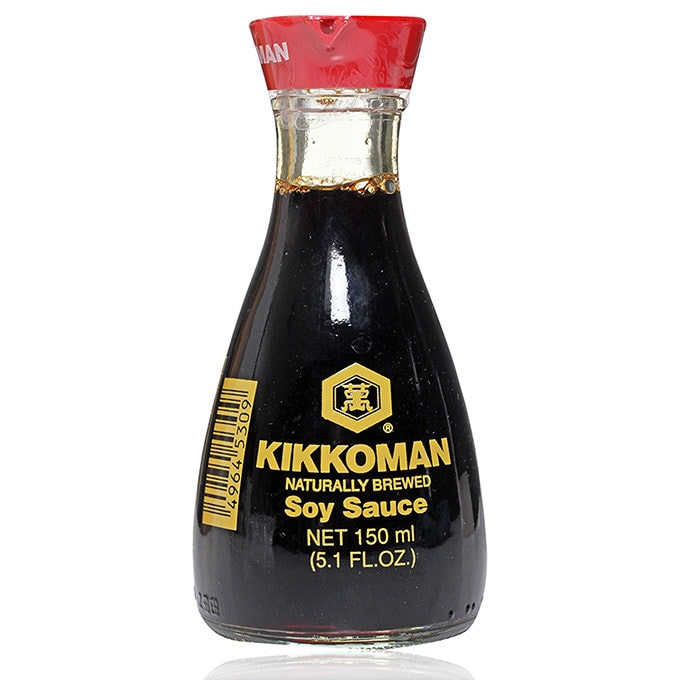 How is soy sauce made?

Historically, soy sauce was fermented naturally in large urns under the sun. While the process today takes place in temperature and humidity controlled chambers, there are many steps involved in the traditional making of soy sauce.

First, soybeans are soaked into water and boiled until cooked, while wheat is roasted then crushed. Then an equal amount of soybeans and wheat are mixed with a culturing mold and left for two or three days to develop. Next, brine is added and the mixture is left to brew in a fermenting tank for five to eight months.

Afterwards, the fully fermented mixture is placed in cloth-lined containers and pressed to separate the solids from the liquid soy sauce. This liquid is then pasteurized to kill bacteria, filtered and bottled.

What is dark soy sauce?

Dark soy sauce (koikuchi) is thicker, darker and less salty than regular or light soy sauce. It is used for flavor, but also to add that mahogany stain to dishes. The black color comes from a longer fermentation of the soybean. Even though most supermarket brands don’t indicate a type on the label, they are considered a dark soy sauce.

What is light soy sauce?

Light soy sauce (usukuchi) matures for less time than koikuchi shoyu. A bit saltier, it also has a light sweetness due to the addition of fermented rice in its production. Lighter in color, it does not alter the appearance of ingredients.

What is sweet soy sauce?

Also called kecap manis, sweet soy sauce is very popular in Indonesian cuisine. Made from soy sauce and palm sugar, with the addition of aromatic spices, it has a dark color, a syrupy consistency and a molasses-like flavor (manis means sweet in Malay/Indonesian).

Sweet soy sauce can be found in Asian grocery stores or specialty Thai, Indonesian, or Vietnamese shops, or it can be made at home by mixing regular soy sauce with brown sugar or palm sugar.

There are many reasons why you may want to find a soy sauce alternative, one of them being gluten intolerance. Because it is made mostly with soybeans and little to no wheat, Tamari is considered a good soy sauce replacement. However, make sure to read the ingredients label to detect the presence of wheat. Luckily, most major brands like San-J, Eden Organic and Ohsawa offer gluten-free versions.

Another gluten-free option is liquid aminos, a less salty seasoning similar to soy sauce. They are made by submerging soybeans in an acidic chemical solution that help the soy protein break down into amino acids. If you are also trying to avoid soy, you can try coconut aminos.

For those of you who are looking to reduce their salt intake, low-sodium soy sauce can easily be found. For example, Kikkoman Less Sodium Soy Sauce has approximately 40% less salt than the regular version. 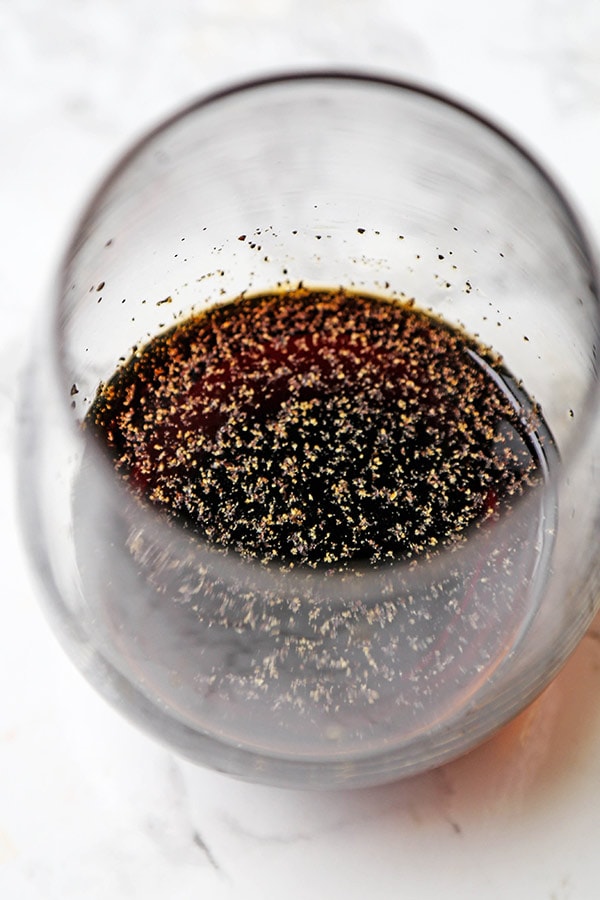 Does soy sauce need to be refrigerated?

Soy sauce can be left at room temperature but should be stored somewhere dark. However, it will keep its freshness and flavor longer if refrigerated.

How long does soy sauce last and does it go bad?

An unopened bottle will not expire.

When opened, soy sauce cannot really go bad either; at worst it will taste weaker and you will be required to add more of it to your dishes. To maximize freshness, use it within two or three years if you keep it in the refrigerator, 6 months if you store it in the pantry.

Note that the little glass containers with a spout are not airtight and should only be used for serving purposes.

Since soy sauce is traditionally made from soybeans, wheat, salt and water, it can be considered vegan.

Over the years, the lactic acid used in the fermentation process of some brands were concerning for some since the term sounded like lactose. But lactic acid is not derived from milk; it is industrially produced from the bacterial fermentation of carbohydrates such as raw sugar, corn starch or beet juice.

How to remove soy sauce stain from clothes?

Acting fast is the key to success here!

Here are the steps to follow in order to remove soy sauce from your favorite shirt.

1. Blot any excess soy sauce with a napkin or clean cloth. Avoid rubbing the stain as it can become more difficult to remove.
2. Flush with cold water, preferably through the back part of the garment so that the stain will not move deeper into the fabric.
3. Rub liquid detergent gently with your thumb and fingers into the stain. Let it sit for three minutes before rinsing it thoroughly.
4. If your garment is white or colorfast, you can apply a bleaching agent such as lemon juice, vinegar or hydrogen peroxide with a sponge. Once the stain is fully removed, rinse thoroughly. If the stain remains, or if your fabric is not color safe, soak the garment in warm water and liquid detergent for 30 minutes. You can also try applying a stain remover stick, gel or spray.
5. Wash your piece of clothing normally but make sure you inspect it before putting it in the dryer, as the heat of the dryer could set the stain permanently. If necessary, repeat this cleaning process or bring your garment to a professional dry cleaner.