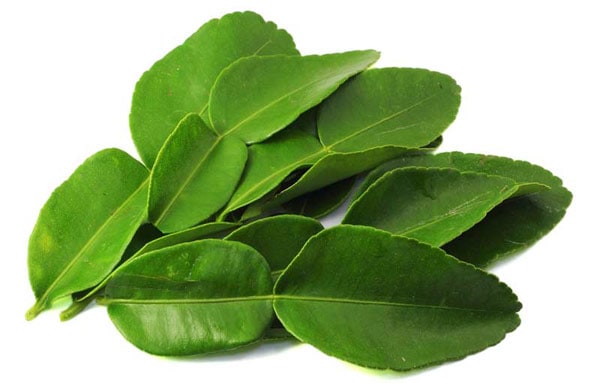 Used as an aromatic in Thai soups and curries, and as a julienned element in fresh salads or on top of fish cakes, deep green Kaffir Lime Leaves (Bai Makrut, ใบมะกรูด), impart a fragrant, tropical, lemony citrus to the dishes they are used in.

In fact, the leaves of the kaffir lime are used infinitely more in Thai cooking than the juice of the lime itself (which can come off as too perfumy, medicinal and astringent).

Tearing or bruising the leaves prior to dropping in to the tom yum soup pot will release more of the inherent citrus. They can be used whole as well.

No surprise: the brightness these leaves bring lends a complexity and depth of flavor to all combinations of garlic, galangal, chili, coconut and lemongrass – ingredients that are endemic to the Thai cooking palate.