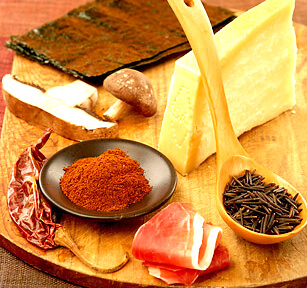 This is a question so many of us are trying to figure out and I too, have had so much trouble understanding. I must have read dozens of articles about it and still couldn’t understand what umami was and tasted like. But I didn’t give up trying to demystify its role since I felt it was important for someone like me, who has a food blog, to know exactly what this fifth basic taste is all about.

It’s one of the five basic tastes. We all understand sweet, sour, salty and bitter very well since they were explained to us and have been part of our vocabulary for as long as we know. Umami on the other hand didn’t really come into the picture until recently (even though the taste was identified in 1908 in Tokyo by professor Kikunae Ikeda, who one day noticed that the taste of kombu dashi, kelp broth, was different than any other basic flavors). It wasn’t until 1985 that it became recognized as the fifth basic taste. Now all of a sudden, the word is being used left and right in commercials and cooking shows.

The quick way to explain umami is that it has a meaty, savory, long lasting taste. The reason why it’s so difficult to describe is because there is no literal translation for the word. Umami’s role is to enhance and round the flavor of a dish (think of MSG). Umami stimulates the mouth and throat, creating a mouth watering feeling. On its own, umami doesn’t taste that great, but mixed with other flavors and ingredients, it amplifies the taste intensity.

Understanding Glutamate (the basis of umami)

The amino acid glutamate could well be called “nature’s flavor enhancer” because it conveys the umami taste in foods. Glutamate is also well known among food and nutrition professionals as one of the most common “building blocks” of protein. As such, it’s no surprise that most foods contain some amount of glutamate. Protein foods, such as meat, fish, cheese, milk and some vegetables are especially good sources of glutamate. Not coincidentally, these foods also have a lot of umami taste. In some foods, the amount of glutamate they contain—and their flavor—increases as they age or ripen. For example, according to research, aged ham and aged cheese have much more glutamate than their “younger” counterparts. A tomato is also a good example. As it ripens from green to red, its glutamate content increases dramatically. The superior flavor of the ripe tomato can be attributed, in part, to its higher glutamate level.

A favorite book of mine, The Flavor Bible has thousands of ingredient entries and flavor combinations, a must for recipe creators! 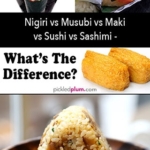 Nigiri vs Musubi vs Maki vs Sushi vs Sashimi – What is the difference? 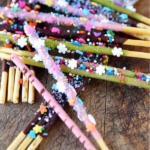 Pocky Sticks – How to Decorate 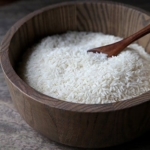 How To Cook Jasmine Rice

How to Cook Bok Choy