Wake yourself up with this energizing and delicious cinnamon coffee smoothie. Thank you Dunkin’ At Home for sponsoring this post! 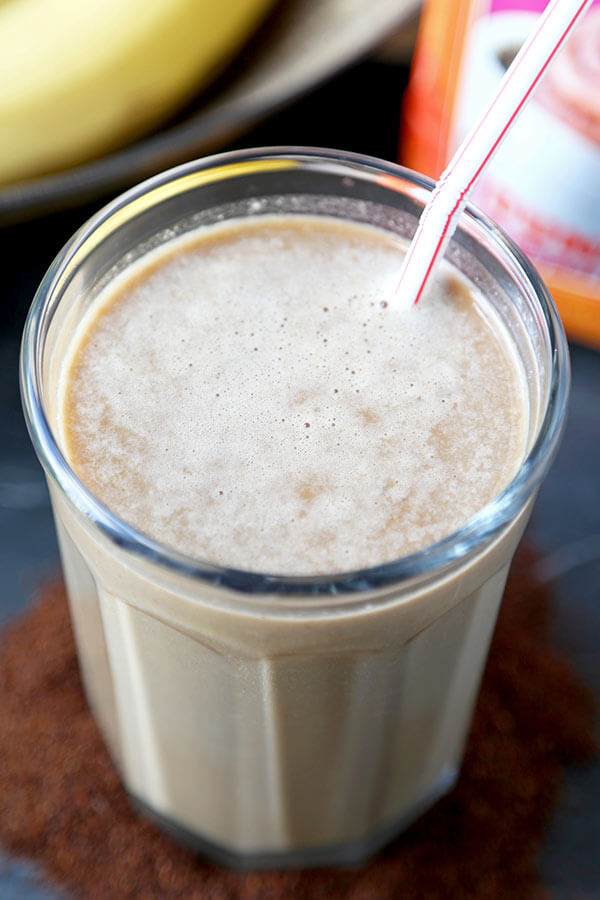 My morning routine is pretty simple: get up around 7:00, wash my face, make a pot of coffee and go through emails. I need at least two full cups of coffee before I feel ready to tackle the day ahead. The first one wakes me up while the second cup is slowly sipped until almost cold. Watching the steam come out of a mug is a ritual I deeply enjoy and find calming, especially when it’s so early it’s still dark outside.

What’s also wonderful about coffee is the amount of different flavors available – it’s virtually impossible to get bored of it. Classic flavored coffees such as hazelnut and vanilla used to be the norm but nowadays, companies like Dunkin’ Donuts® are stepping up to the plate and offering flavors you won’t be able to resist. Imagine brewing flavors like Chocolate Glazed Donut (also available in K-Cup), Caramel Coffeecake and Cinnamon Coffee Roll – all available from the Bakery Series® – half asleep in your jammies! The aroma of roasted coffee beans with a hint of sweetness wafting through your kitchen and waking all your senses in the best possible way… Doesn’t that sound like the kind of morning you want to have every morning? It sure does to me! 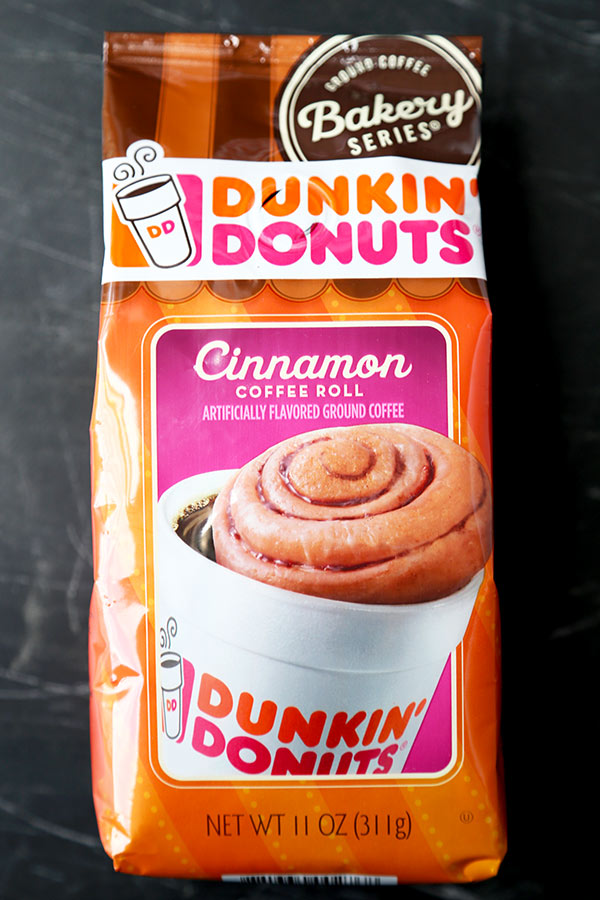 But as much as I love a hot cup of java, sometimes just coffee won’t do. I need something more substantial to help me focus better and feel more energized. This usually happens when I have to get up earlier and have a very long day ahead. Since I love morning sweets and coffee, I thought “hey, why not mash them together to create the ultimate smoothie!”

I went to Target to purchase the Cinnamon Coffee Roll flavor from the Dunkin’ At Home Bakery series and created this yummy cinnamon coffee smoothie. I wanted strong flavors and plenty of ingredients to ‘healthify’ my smoothie recipe. I mixed cold coffee with a banana, almond milk, ground cinnamon, cocoa powder, ground flaxseed, maple syrup and a touch of vanilla extract. The result was so satisfying I made extras for my hubs – and he loved it too! 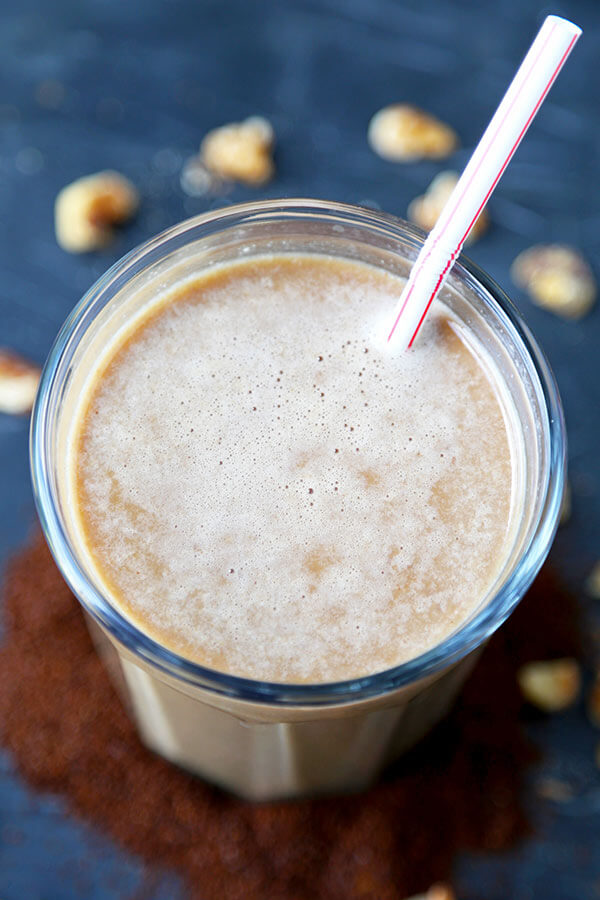 This cinnamon coffee smoothie drinks better like a cold latte than something you would down before hitting the gym. It’s a tasty treat that’s actually good for you – a breakfast item you can make yourself almost every day that’s accompanied by zero feelings of guilt! It’s sweet, chocolatey, nutty and a little smoky. It’s delicious!

If there is no Target in your area, you can use this locator to find out where to pick up a bag of Dunkin’ At Home Bakery Series coffee. Happy brewing! 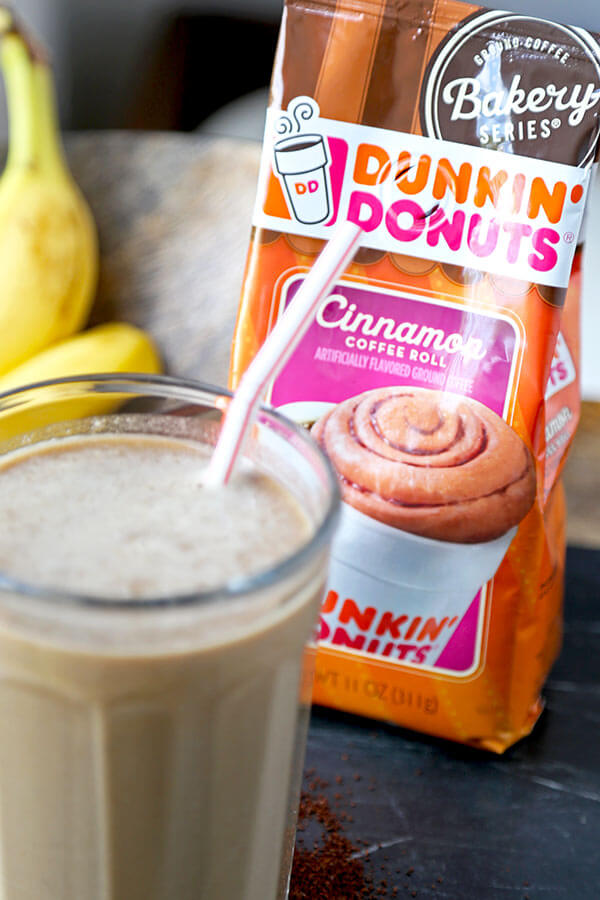 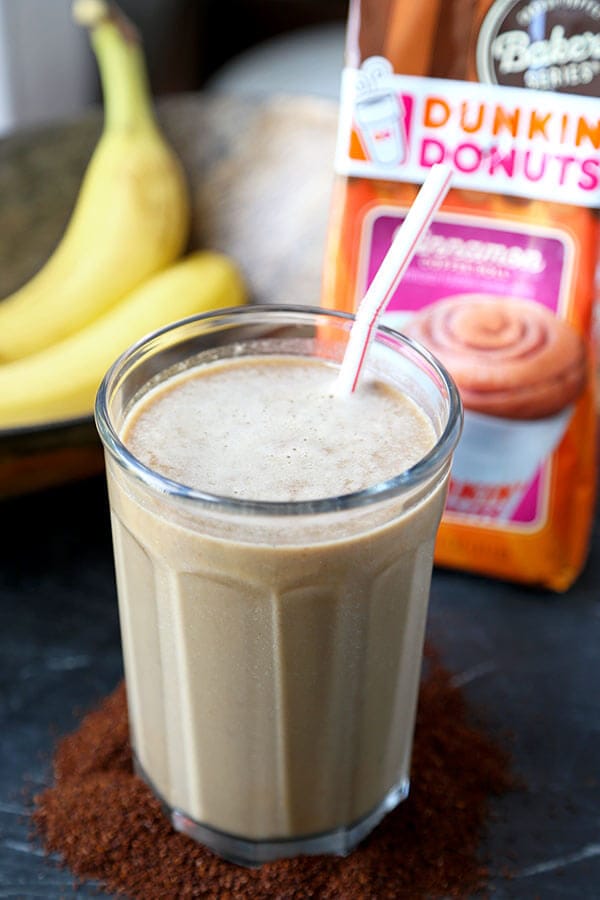 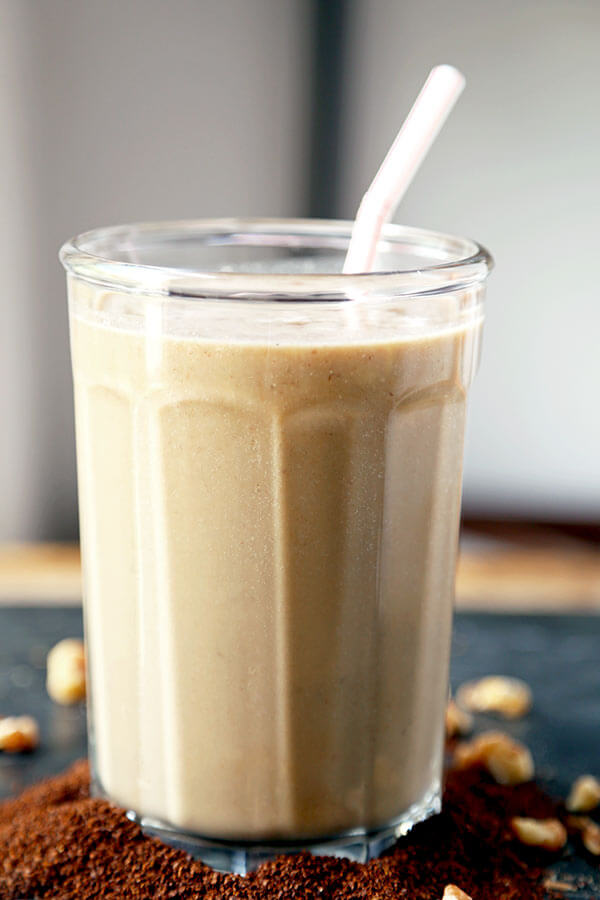 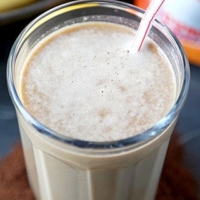 A tasty way to start the morning! This cinnamon and coffee smoothie is will give you a jolt and a boost of energy! 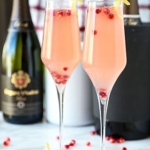 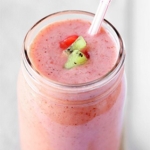 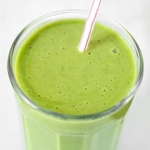