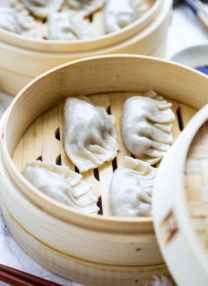 These fresh, earthy and savory dumplings are filled with mushrooms and cabbage, making them vegetarian and delightful on the palate!

Freshly cooked dumplings will keep in the fridge, in an airtight storage container, for up to 3-4 days.